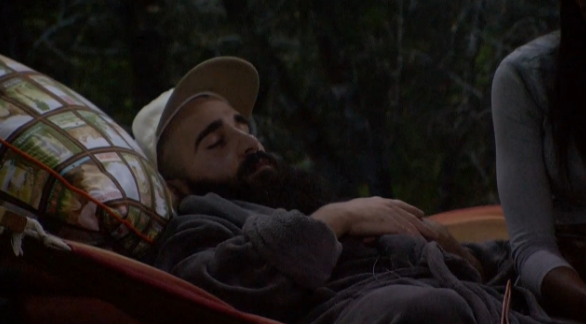 Good morning everyone! Sorry for the long absence, the wifi up at the cape was horrible and made it pretty impossible to watch the live feeds and then yesterday morning I had to meet with my wedding venue. But I’m back and ready to give you some overnights for the next two weeks! On to the updates:

I have to say that is the slowest and shortest night I’ve ever covered. But from the bit of game talk we had it sounds like the plan is still to backdoor Day and that she has no idea whatsoever.

Check back later for updates!