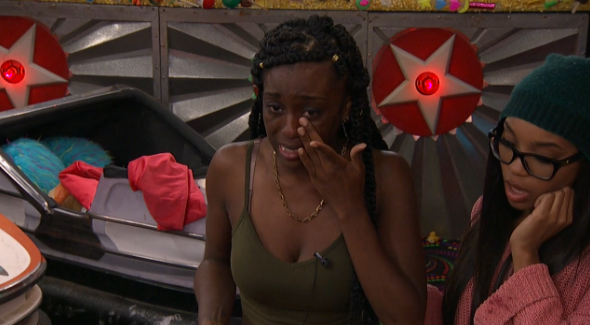 Good morning! I have to say I am disappointed with how the HOH played out last night. I was really looking forward to the “Get Frank Out” plan and instead we’re going to be watching “Frank’s Puppet Show”. But this is the Big Brother house and we all know that things change on a dime. Here are the updates from last night:

The rest of the night is mostly just random conversation until people go to sleep. It will be interesting to see how Frank’s apology to Day plays out. Stay tuned for updates on nominations and road kill today!