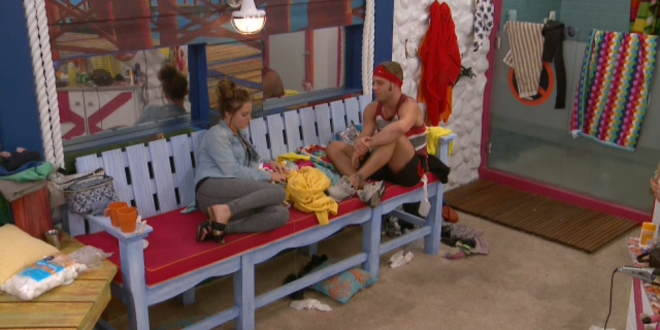 Morning Greetings!  For those who didn’t see my test run, I’m Pamela and I will be taking over for Amy on the overnight recaps.  She has one more post tomorrow and then it’s all on me.  I have some big shoes to fill and I know everyone, including me, will miss Amy’s posts.  My sincerest apologies for the delay but the conversation between Paulie & Michelle was incredibly long and is is taking me forever to listen to it and get all the good bits.  I promise future posts won’t be this long.  I am still processing text, so I will update again.  I know from what Steve told me that something was said about Paul.  I have put the first Paul-related conversation in bold.

I’m a literary sort and when things happen in the show, I can’t help but think in terms of characters in literature the houseguests actions seem to mimic.  This week, Icarus came to mind.  He whose hubris (excesive pride & arrogance) led him to fly too close to the sun.  This caused the wax attaching his wings to melt and he fell into the sea.  Sound familiar?  Our BB18 Icarus flew too close to the $500K and fell into a mean girl.