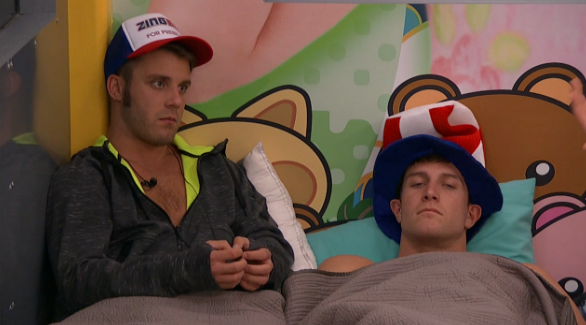 The look of defeat

Good morning everyone! Today is my last post and then I have to return to life as a color guard instructor and preschool teacher. Although I love what I do very much I will definitely miss being here providing you with your daily updates! Of course I’ll still be reading the blog, commenting, and posting an occasional screenshot on the BBJ facebook page so you’ll still hear from me! On to the updates:

And that’s all from me for this season! I just want to thank everyone for being so welcoming right from the beginning and all of the nice comments throughout the past couple of months. This has really been so much fun! I’ve read this blog for years and never thought I would be writing here! I have to thank Steve too for bringing me on to the team and trusting me with his site! (Sorry…I sound like I’m accepting an award or something lmao). But seriously you guys are great!

As always, stay tuned for afternoon updates and hopefully you’ll see more from me next season!

August 14th checkpoint is cleared. Operation blog complete. Over and out.