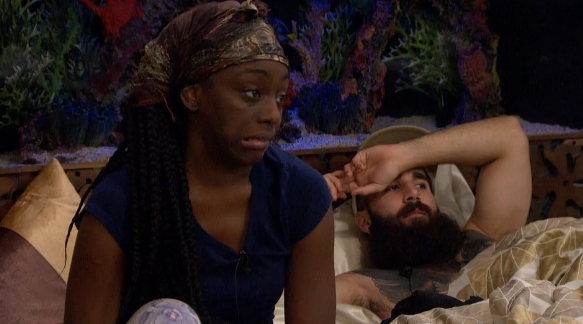 Good morning junkies and happy eviction day! Unfortunately I don’t think we can hope for too much excitement until the house guests start playing for themselves. I loved that we weren’t getting unanimous votes in the beginning of the season but it looks like that’s what were moving back to.

That’s all for now. Check back later for Steve’s eviction prediction thread!