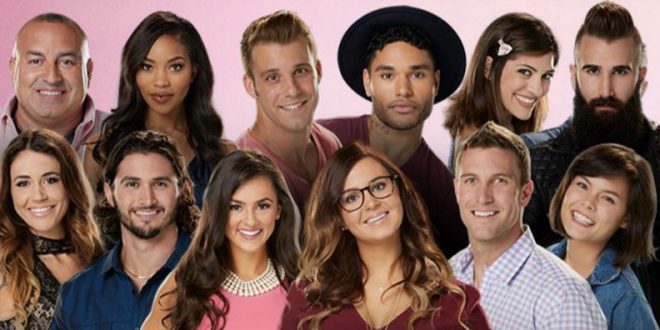 It’s here! Big Brother 18 is here! This is rare, but I’m at a loss for words. I cannot believe how fast time has gone by. I cannot believe it’s been nearly a year since I was in the audience of a live eviction (bye, Jason). I cannot believe they’re having yet another season with likely returning players. Well, the last one I can believe.

On the bright side, there are rumors of Pandora’s Box returning, but don’t get excited just yet. There is probably a 50/50 chance it will just be a fluff stunt where the HoH gets to stay in a room with like Aaryn or someone while the rest of the house goes on a shopping spree.  Note – it actually won’t be Aaryn. She just had a baby, so congrats to her! Probably Jessie – again.

As far as returning players go, there have been a ton of rumors swirling, but one that I like is the one where the four mystery guests are not simply added to the house. They’ll potentially battle it out with evicted houseguests for the first four weeks with the winners returning to the house and the losers going home. I believe my buddy at Big Brother Network has that rumor going, but I like it. I guess we’ll just wait an hour to see!

Also, I decided I’m going to blog how I feel this summer. Don’t worry, I’m still going to give you guys the updates per normal, but I’ll probably go back to rambling about random things from time to time as well. People raged about me talking about my personal life, so I toned it down a bit later year (except for the trip to the live taping), but I’m just going to be me because … why not?

(these times in est)

Before I forget, I may get an app for the website that does live blogging differently. Instead of refreshing the page every few minutes, it will just show the updates as they appear. I have to pay for it, and I’m cheap, but I’ll likely get it and try it out sometime this week. I have a feeling I’ll be making good use of it this season.