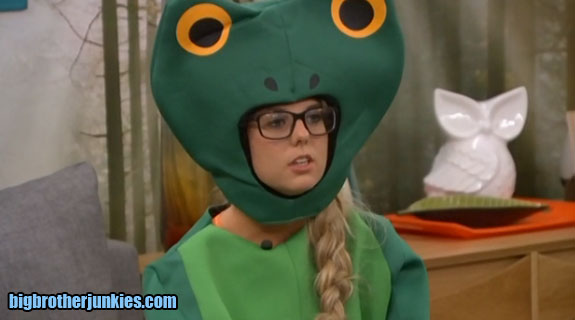 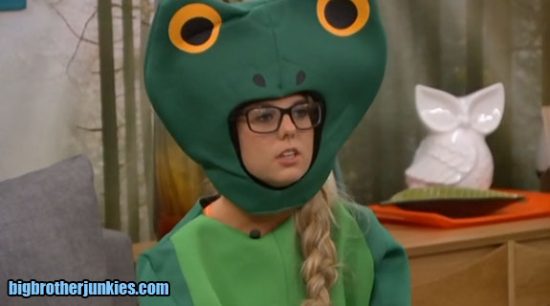 The first part of the two-night season premiere for Big Brother 18 is in the books, and we have learned quite a few things already. Julie announced there would be multiple twists this season (like always), but the biggest one is also the first one, and that involved four additional cast members.

Someone in the comment section pegged the four returning guests, but if you did not see it yet, here they are:

Now, we all knew they weren’t just going to toss the players in the house like fish to sharks. That would be way too predictable for the first 4-5 weeks with the veterans likely going home (barring HoH wins). That lead us to the second twist, which was 4-person teams. However, to avoid putting all those fish in the same barrel (the vets), they were all split up and were allowed to make the first pick for their own teams. After finishing, they also each made team names:

Now that the teams were set, they did the traditional endurance competition to lead off the season.  This one featured each team together straddling a metal rocket with water pouring on them. Each rocket only required one person from the team to remain in the competition, so despite Nicole, Tiffany, and Glenn all falling off early, Corey was able to hang in there to carry his team. Other teams fell at a more balanced pace, but the order in which the teams were officially eliminated resulted in punishments/rewards.

Despite Freaks nearly losing it right away, Corey stuck around long enough where BigSister became the first full team off their rocket, followed by Category4, then Freaks.  Here are the outcomes:

With that out of the way, it was time for the third twist, and that was the next set of competitions will send someone home. No vote required, but no weird random pick (like when Dan picked Jody). The challenge will be played in three rounds:

Round 1 – Three teams will compete. TeamUnicorn can sit out because they’re guaranteed safety. The winner of this round also becomes safe for this week.  This prize went to Category4

Round 2 – The two remaining teams square off head to head in a castle building contest. The winning team joins the other 8 people as safe for the this. This prize went to BigSister
Round 3 – This will happen tomorrow night. It will have everyone from Freakazoids face off against each other and the loser of the competition goes home. No vote. No veto. Nothing. First out.

Overall, I give the twist a thumbs up. While it may be very similar to the mentor competition, the difference is the veterans are not all guaranteed safety for the first month or so. In addition, they don’t have to act like mentors, and that bodes well for Da’Vonne considering she barely sniffed her season.  I also like how they’re handling the first eviction. It is so much more fair than the last season of mentors where Dan’s team was the losing team, so he had to pick one person from his team to go home on the spot. People are still outraged by this, and still feel she should get a second shot (she should).

I almost forgot to mention, the siblings. Like expected, Paulie revealed he is Cody’s brother, but that did happen after he saw former houseguests in the house. He likely knew some of them and knew it would come out. Plus, he has a tattoo of his last name on his ribcage. Meanwhile, Tiffany decided to play coy about it, yet Michelle figured it out right away (it is fairly obvious), and sat down privately and got her to confess. The BB17 veterans likely also met her, so that didn’t help. Da’Vonne said right away she knew, and I expect James to put the pieces together before Day tells him. It won’t take long for that secret to get out, and she’s shooting herself in the foot by trying to keep it a secret.

There was also the standard first day crushes going on. They showed a pretty funny segment with Victor drooling over Natalie who was drooling over Corey who was complimenting Victor’s appearance. First 3way showmance? Let’s hope so.

I probably missed something, but that’s a basic summary of the episode and the first few weeks of the season moving forward (as far as twists go). I’m sure they’ll have smaller things like Pandora’s Box or other random junk mixed in, but for now it seems like it’s a weird fight between the vets and the noobs, but the vets and noobs need to work together. And if you’re wondering, live feeds turn on tomorrow night at 1am est, so I will be live blogging a bit then, Friday and beyond.