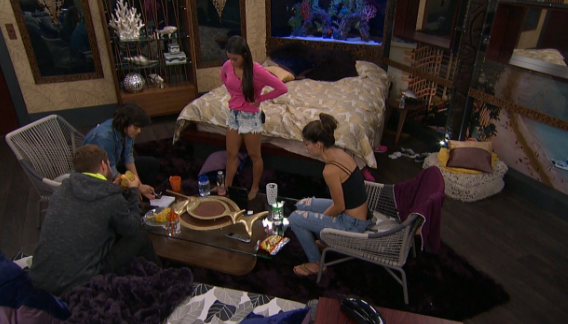 Hello again! I’m back and veto has not been played yet so we’re in the clear! I will be around to keep you informed! Players have been picked for the veto and they are:

They are speculating that it will be the giant dice combination where they are inside the dice and they have to roll it around and come up with a certain number when they get back to the start.