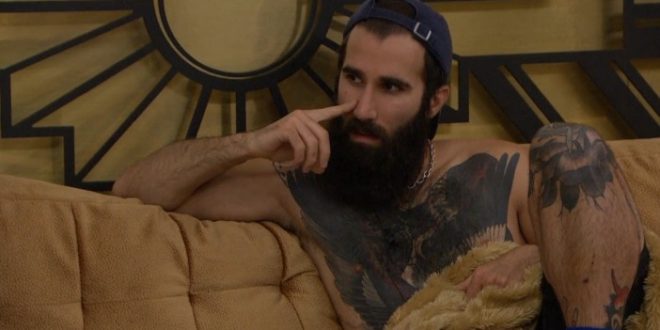 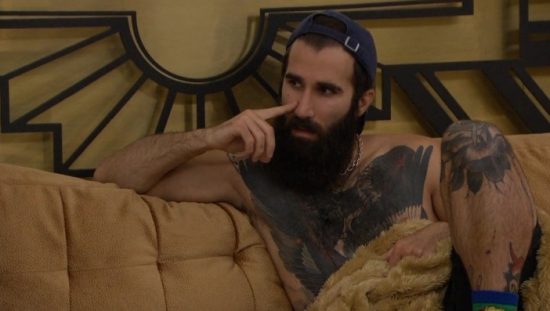 I’m sure you’re wondering what the title means because there is still some game left to play, but this should be the last time the feeds return from a PoV meeting this season.  Feeds will be going down for the Alex eviction and won’t return until Thursday night (I think. Based on previous seasons). This means we won’t get to see the final 4 veto meeting play out live, not that it will really be exciting. Unless Kevin wins the PoV or HoH by some miracle, he’s leaving next.

But for now, we get to enjoy the suffering of Alex.  Is that bad?  I think it’s bad.  I should enjoy people suffering, but it’s hard not to when she has locked herself away into isolation just a week or two after forcing Kevin into the same thing. She bullied the shit out of the guy and between her and Paul, he wasn’t really able to talk to anyone in the house. Now she is spending the majority of time in the HN room reading the bible which is something I haven’t seen her do all season until she started begging for AFP votes. She’s basically Cody with a bible, except like Kevin, he was basically forced in there when he was isolated by the house. Paul keeps trying to be friendly with her because he “doesn’t kiss ass for jury votes” *wink wink* but she’s not having any of it.

Paul is going to do what he can to earn what little respect he can gain from her while she’s here, but she’s going to be in the jury with a lot of people who realize what Paul has done this season. Her opinion of him is going to be further tainted when she leaves, but I don’t think it matters because the jury is full of idiots who were completely unaware of their surroundings while inside the house until they were blindsided (excluding Cody).