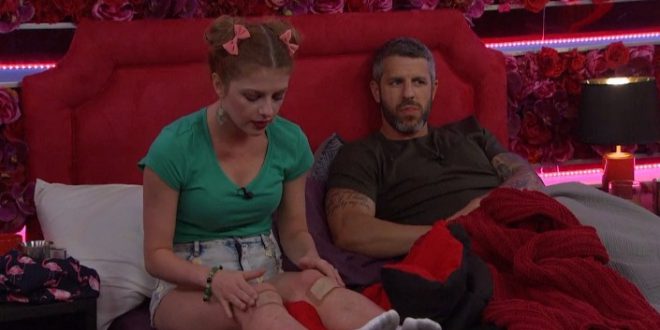 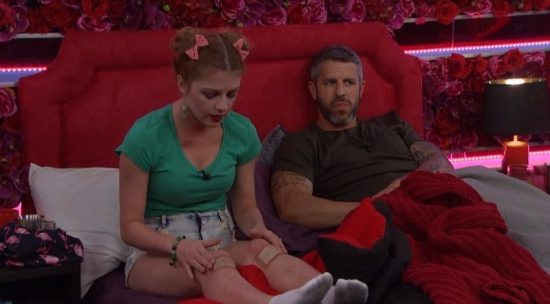 Good evening, everyone! I hope you’re having a fun start to the 4th of July weekend. If it’s not eventful for you, it’s certainly eventful in the house so far.  I covered most of it so far, so I’ll just say the biggest story was Megan self-evicting from the house yesterday afternoon.  She did an interview with a local paper to discuss why she left, and I definitely feel bad for her now. She told the paper that while stationed in Virginia, she was sexually assaulted and got bad PTSD from it. As we watched on the CBS episode, we already saw Josh randomly attacking her for no reason and I’m gathering he wasn’t alone. This resulted in Megan getting flashbacks and having constant anxiety, panic, etc.

Now I’m not going to take any of that away from Megan.  Her situation is serious and far more common than people like to admit.  The problem is with the people who do the psych evaluations for this show. Between Willie Hantz, Big Meech, and now Megan, it’s clear their standards are not up to par for a show that is a breeding ground for drama and arguments. Someone has been dropping the ball lately because Megan should have never been put in that situation. Is she to blame for joining a show that is well known for drama? Maybe. But when you put life-changing money on the line, people are willing to do things outside their comfort zone and hope for the best. I’m sure she was not at all expecting the verbal onslaught from people like Josh.

Enough of that. Back to the current events in the show. It’s veto time and Alex badly needed a win in order to avoid being completely screwed by the self-eviction. Did she?

Yes she did! Alex won the power of veto and is safe for the week.

It’s hard to tell who Cody will nominate, but if he’s worried about being the first HoH and putting people on the block, he just doubled his fear because he’ll be up to four nominees this week.

Time for some feeds….

Alright it’s a slow night so I am heading to bed.  Check back tomorrow!