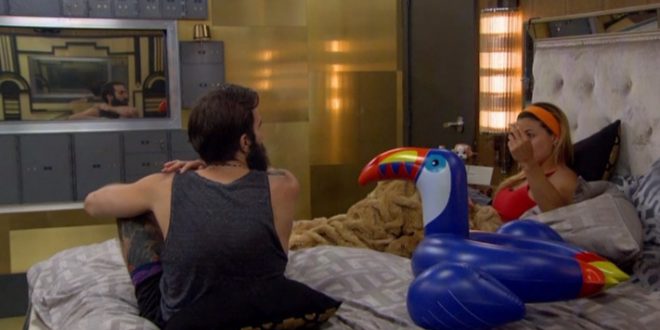 Christmas and the HoH talk

Alex and Jason are nominated and the entire house seemed happy after the ceremony. Alex is sure Kevin will be going otb as a replacement after veto. Here’s what happened last night:

Paul, Xmas and Josh were mad at Kevin for the stuff he said to Jason. Kevin didn’t give away a plan because he was never told one. He was told not to ask questions.  Kevin was only telling someone who he sees as a friend that he better wake up. I beleive Kevin thinks Alex is the target (base on what Paul told him last week) and was trying to warn Jason that he better save himself with the veto.  Kevin does have a big mouth but if they included him, they could probably avoid Kevin talking.