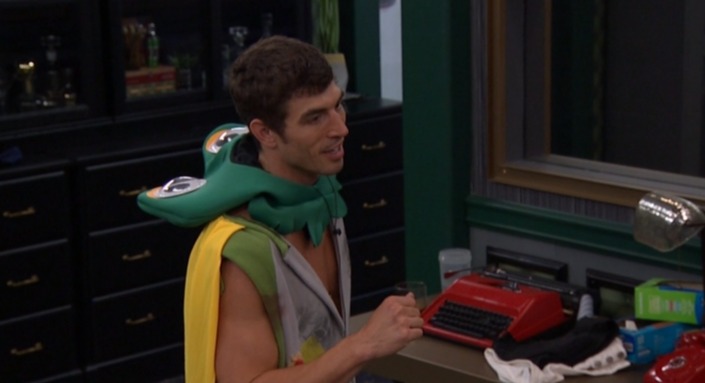 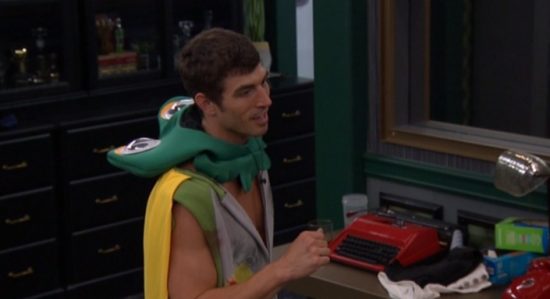 So much has been happening in the house lately that it’s hard to keep track of it all, so I have been doing daily recaps trying to put it all together.  Typically I like to wake up, have a coffee and relax a little before the house gets up around 1pm (my time) and then I can start watching them.  Nope, not this house. Not Big Brother 19.  Despite them all going to bed fairly early every night, I am still left figuring everything out from the day before.

Paul started the day by clearly overthinking his HoH this week and tried to get really clever in his attempt to get out Cody. He planned on putting up two pawns which decreased the chances of Cody/Jess playing in veto and just crossed his fingers they weren’t picked to play. Kind of weird because that left the door open to a few variables which could have resulted in Cody and Jess safe for the week. Paul’s weird plan was given a lifeline when Christmas was awarded the Den of Temptation which allows her to swap herself in for any non-nominated veto player.  This means Paul has far more room to pull off his plan because if Cody is selected to play, Christmas can play in his spot (and obviously throw it because she can’t really play).

I know conspiracy theorists will say it’s all planned that way, but it’s not. The temptation was pre-planned to be the veto swap and Christmas is just a fan favorite. Plus Cody brings drama to the feeds and production cares more about that than trying to help Paul win. Guaranteed.  I’ve watched enough of this show to know they care far more about good feeds and ratings than anything else. That’s kind of like me which is why I’m rooting for Cody to somehow pull something off. I don’t want to see him go this soon. Not when he’s the only one in the house with a set of balls large enough to go after Paul. Don’t get me wrong, I like Paul as a person, but I’m never a huge fan of veteran players returning and think newbies are stupid to keep them longer than they have to.  Cody leaving just sets up Paul to coast to jury and possibly final 3.

Think about it. Since returning players became a popular theme, look at the results….

So the four times players have returned in the last seven seasons, they’ve finished in the finals each time. The two times they finished in second place they very easily could have (and probably should have) won.

Looking at this season, Paul was handed 3 weeks of safety and is in very good position to make it to the finals.  Enough of the returning players.  I said it before and I’ll say it again. Either none or all (star).

Sorry, got sidetracked. Back to the day.  As part of the Den of Temptation, Christmas was told to select three people for punishments, but she wasn’t sure what they’d be. When she told Paul who she selected, I was pretty certain I heard her say Ramses as the third (in addition to Cody and Jess of course), but last night Cody, Jessica, and Jason were all wearing frog suits. This was the punishment from the Temptation. They have to wear the suits the entire week (including eviction night, despite the fact that Cody thinks otherwise), and they have to hop from lily pad to lily pad set up in each room where they’re allowed to stand.

This is the pair standing on the kitchen pad (Jason is squatting next to them, you can see his head in the bottom right) as they’re told havenot results.. 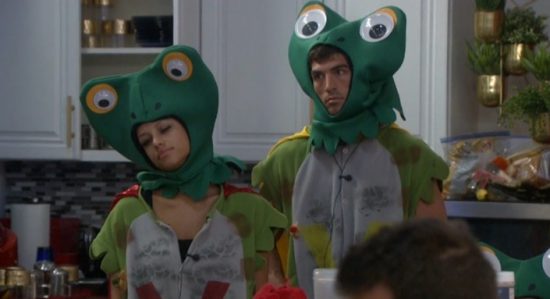 While on the topic, havenot results are in – Cody and Jess have been sleeping in the HN room because they’re alienating themselves from the house, so Paul told them they may as well stay.  Jason volunteered as 3rd which allowed the entire frog family to stay in the HN room.  Matt eventually volunteered for the fourth slot, so that’s your HN’s for the week.  Like last week, the first person who asks will be allowed to try the key.. but only the first person.

That finally leaves us with nominations. Wow what a busy day. Paul did go through with his plan now that he has the parachute option of the Temptation save, and he nominated Josh and Alex.  Ramses decided to use his curse this week which was to volunteer to be a third nominee sometime in the first three weeks after receiving it.  This means Paul’s plan can still be screwed if Ramses wins the veto because it would be completely foolish of him to not use it on himself.  If that happens, he should just be removed from the block with no replacement like we saw during the OTT season. That would mean Josh or Alex go home.

Paul is fully aware of that and already started in on Ramses to throw the competition, which is always a risky decision when you’re on the block. He told him that if it’s a spelling comp just put together a word like ‘Dog’ and lock it in to guarantee a loss. I’ll be extremely disappointed in Ramses if he does throw it because he needs Cody and Jessica. If Ramses wants to win the game, he needs to win the comp, save himself and rally troops around voting out Josh. There is no other way around it.  If he doesn’t do that, he doesn’t deserve to win this season.

(note – it’s fine if he tries and still loses, but if he throws the competition then I’ll be done with him)