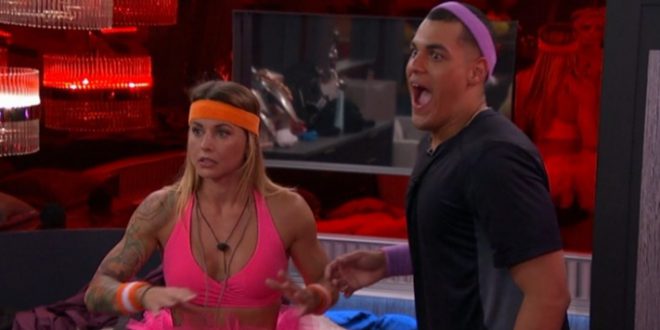 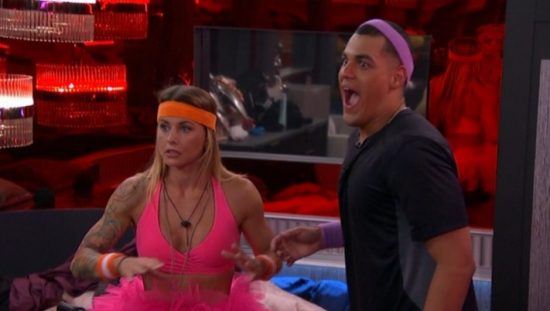 Good evening, everyone!  This isn’t going to be a live update thread because I am dead tired, but I wanted to share the HoH results with you

The feeds returned around 8:30 and Christmas was wearing the key around her neck.

How?  No clue. Maybe they all threw it to her or maybe it was a trivia style. Who knows and who cares.  What matters is that Jason and Alex may actually be the targets this week which will be absolutely hilarious to see. I think because of their whole “keep the peace” bullshit routine, it’s possible Kevin is a nom at some point, but I can’t see how Paul will let her waste an HoH on Kevin when Jason and Alex are clear threats moving forward. In fact, when the feeds returned, Paul was already in the bedroom with Kevin just telling him to relax this week, don’t get worked up, don’t take anything seriously. This sounds like they’re going to sneak out Jason if they can but he won’t know until Monday.

Why Jason and not Alex? Good question.  It does make sense from a numbers perspective as Jason has Alex and Kevin but the former two don’t have other.  Getting rid of Jason removes a person with 2 people supporting him and a physical threat to boot.  If Jason wins veto, Alex will likely be second choice, but for now Jason better pack his bags.

I would feel a bit sad for Jason to get screwed after making a loyal move, but that kind of went out the window with the way he will talk shit about anyone not in the room – including Kevin. Then of course joking about having sex with Kevin’s wife while he tied down his kids to watch didn’t help.

What this means in the end?

I don’t expect a ton of game to happen – or fights – for at least a day or two, so I’m heading to bed and I’ll have a live update thread going tomorrow!

What do you think of Christmas winning the power?