Big Brother 19 – Jason In The Middle 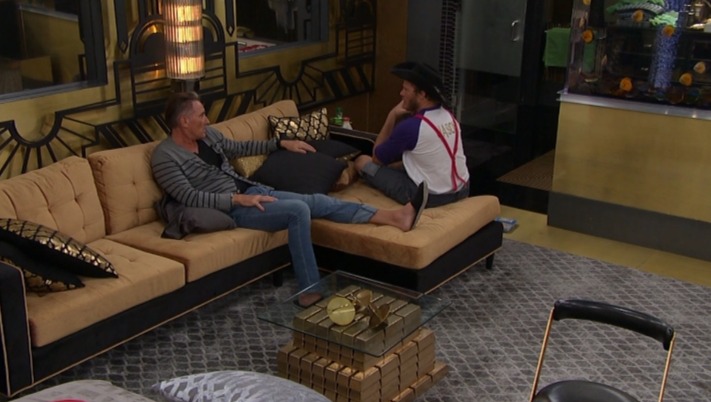 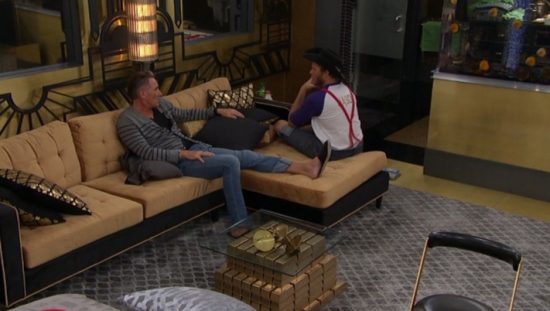 First off, I want to apologize for the unusually slow updates this weekend. Long story short, I’ve been testing out driving for Uber and wanted to know if it’s worth it before committing to it for the winter. I figured I’d take a generally slow period to try it out and this weekend seemed perfect considering the veto meant next to nothing.  That said, now that I feel pretty good about Uber, I’m going to cut back on that and focus on the blog more until the end of the BB season and then I can focus on that.  Impossible to juggle both, and Big Brother Junkies always comes first!  (note – I will still probably do that on other slow periods like Thursday and Saturday afternoons but other than that I’m cutting back)

Now that I’ve made my decision, it’s time to see if Jason can do the same about his situation. After winning the veto yesterday, he holds all the power in how the rest of the week goes. Right now the house – Alex included – wants him to use the veto and put Kevin on the block.  Alex really doesn’t care, but she is forced to care because Paul cares and he’s running around making it seem like the Matt/Raven vote is going to be the make or break between winning and losing. That was the same argument he had with Cody and Jessica being in the jury together which is odd considering the three showmances were together long before that point. Did he not realize or care that Mark/Elena and Matt/Raven would probably vote the same?  Is it because he feels confident he can win their votes but knew he had zero chance at winning Cody’s vote?

The other strange part of this is why Paul suddenly cares so much about Raven and Matt being upset at Jason should he decide to not use the veto.  He and Christmas have been hounding Jason to nominate Kevin, but Jason doesn’t see the point and wants to just keep noms the same. As mentioned, Paul has been using the jury excuse, but Jason needs to stop and realize that Paul doesn’t give a shit about Jason’s jury votes. Why would he? Paul wants Kevin up on the block so they can get him out because they know how close he is with Jason and therefore Alex by proxy. At this point in the game, a 3 person alliance is pretty damn strong especially when two of those three are really good competitors.  At 7 people (After this week), that is half the house even if they don’t win HoH (3+3 plus HoH tiebreaker).

Jason now not only has Paul and Christmas hounding him, but his own ally Alex who has been conned into believing Matt and Raven are vital to her winning the season. As stupid of a move it is, I can somewhat understand Alex’s concern because she’s connected to Jason and feels if she does make it to the final 2, she wants to win their votes. Once again, Jason needs to see the big picture because why would Alex care so much if she’s planning on taking Jason?  Matt and Raven are forced to vote for either of the two, so wouldn’t it be better for them to hate Jason over her?  It’s clear that Alex is planning for life without Jason which is smart of her to do but should be a major red flag for Jason.

This entire situation is a confusing shit show, but his decision during the double eviction means nothing compared to this. If he appeases the house and nominates Kevin, he’s done.  If he stands his ground, I’ll have earned a little respect back that I lost when he wasted that prime opportunity to strike at the real power of the house (Paul) during the double.

I’ll have a live update thread today and a post by Mell that I’m sure you’ll enjoy. Stay tuned!