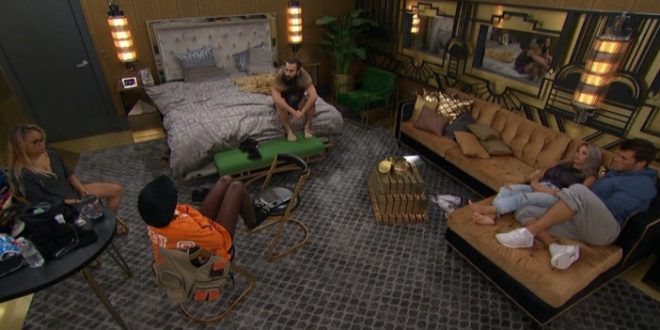 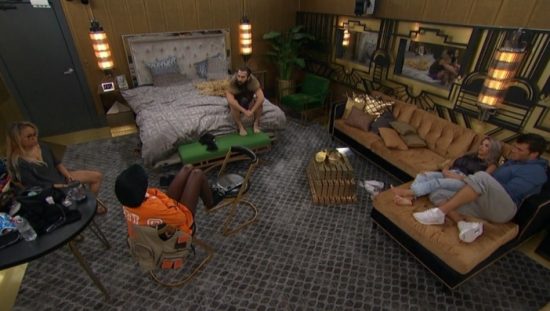 So last night I decided to take a break around 1am my time and randomly checked twitter to see that the house was doing a surprise PoV competition.  I went to my computer to double check it wasn’t a prank on twitter, but it was real.  I guess because of the Battle Back this week, production needs as much backyard time as they can so the house had to do the PoV asap, and that asap was last night around 10pm (their time).

I waited as long as I could, but passed out during the competition. No big deal, anyway. They were going to come back on feeds all tired and go right to sleep… right?  Wrong.

Before I forget, Jason won the PoV.

Anyway, this morning I turn on the feeds to see Alex, Paul, Josh, and Elena still in the HoH room talking about the drama that unfolded last night.   So much for going right to sleep!  I found a good time to flashback and will begin blogging that period…

Note – I am going away for a few days.  Amy is a bit busy this weekend, so you guys are going to have to comment on this thread for a few hours until I can do another recap tonight.  Don’t worry, you’ll still get info in the house but I just won’t be able to live blog for a few days.

Ok I need to get ready.  I’m not sure what’s on tap today. I’d guess they would have the veto ceremony tomorrow because they typically wait a day, and it’s really no rush at this point.  They only rushed the veto comp because they need the backyard, so the ceremony may be today, tomorrow, or Monday really.  Again, I will post later to recap the day. Hopefully it is exciting as it was last night.  You can always join the feeds for free and watch along while I’m away!