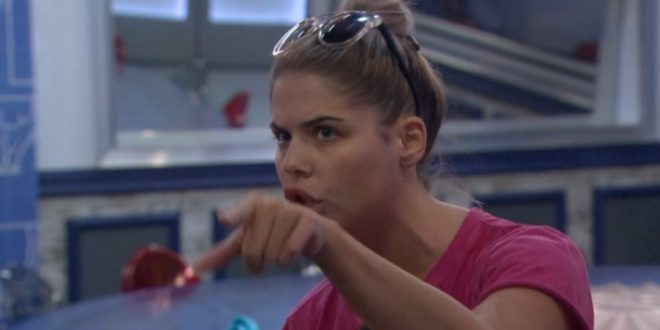 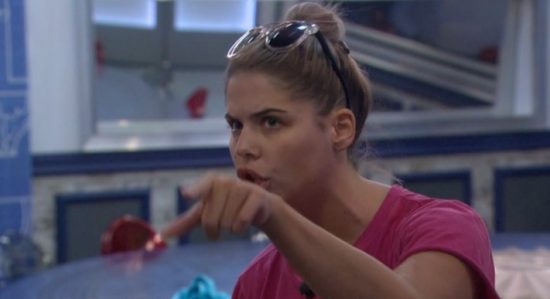 Good evening, everyone!  A reminder once again that the feeds will be down tonight and tomorrow until likely 11pm – 12am. This is because there is a special episode on tomorrow night which I assume is going to be something weird like the concert episode or something unimportant (sorry, CBS).

Tonight is the double eviction and we already know one of the evicted people.  Despite the best efforts by CBS to act like Elena may go home again (second week in a row they tried), there was never any doubt who was going home this week. Cody finally tried to play the game a little, and it was fun to watch, but far too little too late for him. His season was over the second he went against The Chosen One (Paul) which to this day was a good move on his part. I said it earlier in the season and I’ll say it again. It was fairly dumb of him not to tell his closest allies (Mark and Elena), but trying to backdoor Paul as soon as he could was the best move this season by anyone.  Sure, he should have expected production to gift Paul some safety early on, but strategically it was the best move to make. It’s just his social game sucks so when it blew up, he couldn’t control the fire.

Paul’s social game is by far superior to Cody and really anyone in the house, so he was able to flip it all to his favor by luring over Matt and Raven pretty damn easy. This was all while he was slowly earning the trust and eventually recruiting the floaters like Josh and Christmas to his army of minions.  I’ve said this again as well – Paul is having a great season even if you factor in how bad these players are. They’re mostly this bad because Paul did the smart thing and immediately started bragging about how amazing jury was. Matt and others just saw a nice paid vacation ahead of them so they followed the path of least resistance to get to that point.  Had Paul not hyped up jury (a place he’s never been) to the newbies, they may have put up more of a fight early on.

This is just a little analysis on the early season as tonight opens a new chapter in the season. Cody will be gone and there is a huge chance Mark will be as well if he or Elena doesn’t win HoH. Once that happens, there will be almost no traces of the early uprising against Paul and the house will either be forced to turn on each other or sit there and get picked off one by one. This second half will see just how good Paul actually is because if he doesn’t tread lightly, he can quickly lose the support of Alex and Jason which brings along Kevin and splits the house in half. Despite her early acts as puppet to Paul, I believe that Alex has the biggest potential to shake up the game moving forward.