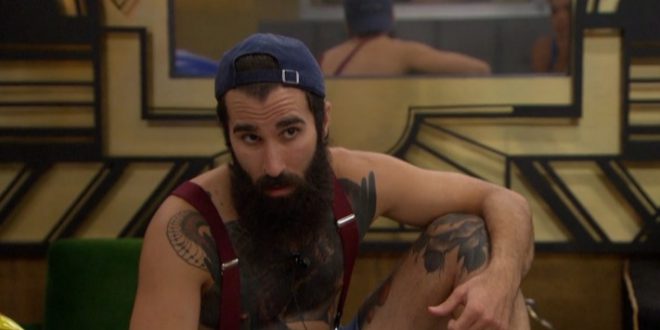 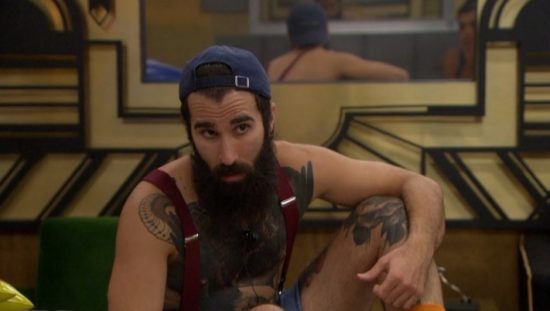 I need to talk about the HoH episode last night because while I knew what happened, actually watching it play out is different. The debate rages whether Paul is a fantastic player or the house is just so damn bad, and last night added tons of fuel to both arguments. On one hand, you have Paul who was able to find out what each person wanted in order to drop, on the other hand, you had people willingly throwing the HoH competition with only 7 players remaining.

Paul has been able to completely convince Alex (who is letting her ego cloud her judgment) that Kevin of all people is the target. Kevin. The 55 (or 56) year old guy who can’t win a competition to save his life and is currently completely alone in the house is a bigger threat than the duo that has won 8 total competitions (4 hoh / 4 pov)?  Alex really believes this? She believes that Christmas nominated Alex and Jason with the extremely remote chance of backdooring Kevin with 3 people being picked from the final 4 available? Or does she believe that Christmas just wanted to keep the peace for 3 days before nominating her real target?  Ok, the last one could actually be a possibility seeing as that’s basically what they’re doing now to only surprise Jason and Alex on Thursday night when he’s evicted. On the bright side of this, we get to see Alex’s face drop when she realizes she’s been duped. On the negative side, she’ll blame Raven, Josh, Christmas, and probably Kevin before she blames Paul.

And that is what has been concerning Josh as he has suddenly realized (*cough* production likely hinted) that Paul is doing all of this without getting a drop of blood on his hands.  He has used the entire house all season – Josh especially – to do his dirty work, and he’s doing it again today.  Paul plans to use the veto to save Alex like he promised which makes the rest of the house look like the bad ones when they vote out Jason.

On another note – CBS really has to stop editing Alex out to be some fun, likable prankster. That is some bullshit. Even if you ignore the fact that she’s clearly copying James to try to win something like AFP, she’s a completely awful person which makes her pranks not fun to watch by any stretch of the imagination. James was a boring player, but likable guy. Alex is a terrible player, and completely unlikable. Stop showing her pranks because it makes the CBS-only audience think that she’s some fun person in the house. They did a good job making her look stupid with her DR clips making fun of Kevin for throwing the comp, but they need to expose some of her hatred.