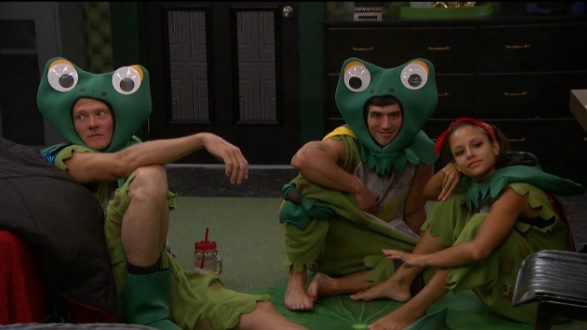 Hey everyone! I’m finally back for the summer to cover your overnight recaps and probably some afternoon updates as well whenever Steve needs it. I had knee surgery the day before BB19 started so I had to be MIA for a couple weeks. I’m so excited to be following another season with all of you guys again!

Okay enough intro…lets get into the feeds:

I’m going to wrap this post up. Nothing else really interesting happens the rest of the night. Stay tuned for afternoon updates!