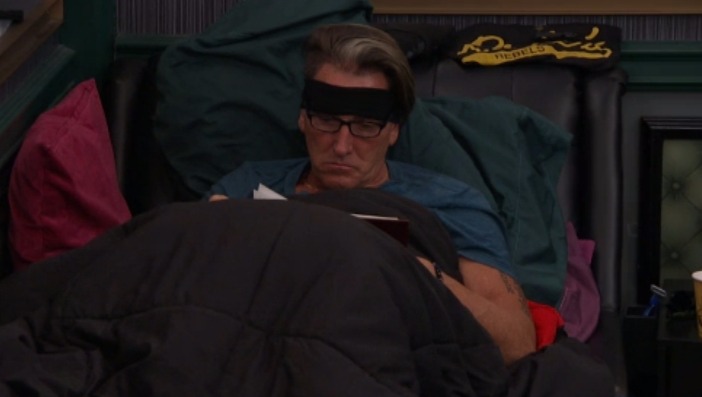 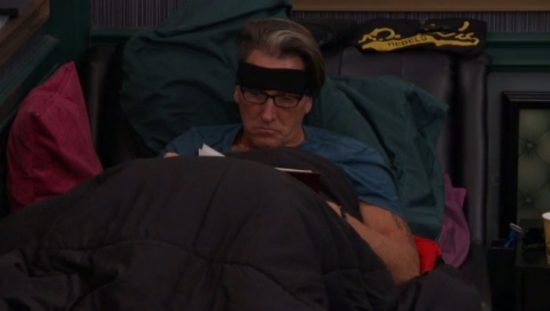 I said some time back I needed Alex to be evicted so her game strategy couldn’t be validated and that should happen today although we won’t see it until tomorrow. The downside is, other really terrible game play is going to be rewarded. I’ve been reading Steve’s updates and your comments in recent days but haven’t been motivated to do much else relating to Big Brother. There isn’t any scrambling in the house as there normally would be at this point in the game so I’ve spent most of my free time following the path and destruction of Irma like most people have been. (I’ve been so happy to read comments from people we’re all concerned about just to know they made it through. My heart goes out to all of you.)

We’ve arrived at the point where regret, excuses and justification are about all that’s going on in the house. We know Paul has continued to obsess over his comic and is giving reasons why he’s not the villian. (He doesn’t realize they were being kind to his game with potty mouth because he could have been shown as a dictator, a puppet master or even a dog walker. For someone who spouts he doesn’t care what people think, he sure talks about it alot) Dog walker is the one I really wanted to see- Paul with those stupid suspenders, shorts, goofy socks and the heads of several hg’s on little dog bodies. There could have even been a Cody one except he would be in the background with his leg hiked up, peeing on Paul. I’ve been pretty sure I was never going to be asked to work on BB comic ideas for CBS and after that idea, I’m positive it’s never going happen! Listening to Paul, Josh and Christmas discuss how amazing they are has been almost unbearable. Josh has been realizing he’s made some poor choices when it comes to verbally going after people. He’s realized how much of the dirty work he’s actually done. It’s hard to feel bad for him knowing he’s planning on doing it again to Kevin. I have moments I cheer for him like when Paul told him he had to do it and Josh told him to do it himself. The thing is, we’ve seen this cycle before and we know how it’s going to end. Paul and Christmas will keep encouraging it and Josh will do it. (He’s been sticking to his guns about not making it personal but Paul is pushing how much they need to rattle Kevin so we’ll see) I said a long time ago that I believe it’s the only way Paul knows how to play and using other strategies has never occurred to him because Kevin hasn’t won all season and rattling him is completely unnecessary. Christmas is so full of herself, she appears to only regret that people haven’t realized what a badass she is. We spent the last couple of days listening to Alex and her many regrets. She sees now that she shouldn’t have listened to Paul and should have listened to Dominique and Jason.  I’ve been wondering if she’s replayed specific conversations in her mind. These are the ones when Jason kept arguing, trying to get his point heard and she would shut him down and tell him he was an idiot and stupid. I wonder if she remembers the day she told Jason that Paul couldn’t go against his word because his brand was friendship. I know she remembers specific things Cody said because she’s mentioned them. (I personally loved Paul’s irritation when he talked to Alex about taking Josh to the end and Alex told him “that’s what Cody said you would do.”)

Alex continues to isolate herself, Christmas is looking for any opportunity to rub up on Paul, Kevin’s still being told to lay low, Josh continues to worry about jury votes and Paul is still directing house traffic. Not much happened last night:

There’s been so much campaigning for America’s favorite player already this year, it feels like an election. Unless something drastically changes, I’m predicting Cody and Kevin as the top two with either Josh or Jessica as third. I usually vote for the person I think played a really good game if they aren’t in the top 2 and if they are in the final 2, I vote for the person I enjoyed the most as a person. I don’t like bitter jurys and think the best player should win the game but AFP is for “favorite” player. Of course, your favorite may be due to their likability or it could be because of the game they played. (no one but Paul played this year so I guess that’s out)  I don’t think there’s a right or wrong way for voting so I’m only sharing the information that I’ve been seeing. I’m not urging anyone to vote for a particular person. Jessica and her fans quickly figured out that splitting the vote between Cody and Jessica was a bad move. There’s been a huge social media push for Jessica fans to vote for Cody and she’s putting that out there too. I’m also reading a lot of chatter from people who don’t like Cody and Jessica but will vote for Cody in an attempt to send a message to CBS since Cody didn’t join the herd of sheep. It isn’t going to accomplish anything and if CBS wants to cast 10 versions of Paul next season, they will.

I understand voting for Cody if you are a fan of him going against the vet and not being afraid to make game moves. If I voted for Cody, that’s the reason I’d do it. His game was a nightmare but I enjoyed watching him try to go against the house mentality of puppets. At times, I was amused by his cold stares and the jokes over his stability.  I was entertained when he walked across the coffee table and told Paul to “hold that thought.” In all honesty, I enjoyed watching Cody attempt to play the game way more than Kevin.  In the beginning, I thought I was watching Kevin play the game but in a subtle way. I started to realize that Kevin wasn’t laying low out of strategy, he was laying low because he had no strategy. He’s literally done everything Paul told him to do just like most of the house. I didn’t want to admit this for a while because I really like Kevin. I enjoyed Cody’s game attempt more but I enjoyed Kevin as a person. Kevin is still (by far) my favorite houseguest and since the best player will probably win the game, it frees me up to vote for Kevin for AFP. I hope Kevin wins it and takes home more than the second place winner but I won’t be heartbroken if Cody gets the votes. The only thing that really irritates me about the Cody and Jessica fans are the ones who are rewriting history and acting like they were amazing players who got robbed. Let’s face it, they sucked and that’s why I said I enjoyed watching Cody “attempt” to play the game. Jessica talks a lot of trash on social media about Paul’s minions but I think she needs to remember what she did with her HOH. There’s a clip on Twitter and it’s about 2 minutes of different house guests, at different times saying how they trust Paul. Jessica is in this clip multiple times. Steve may have some kind of an update for you later but I’m assuming that’s going to be determined