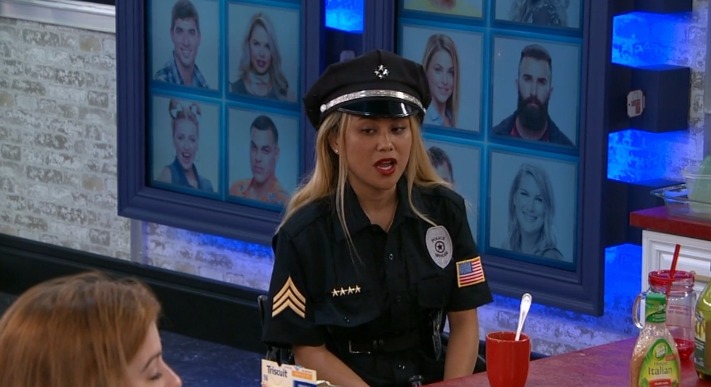 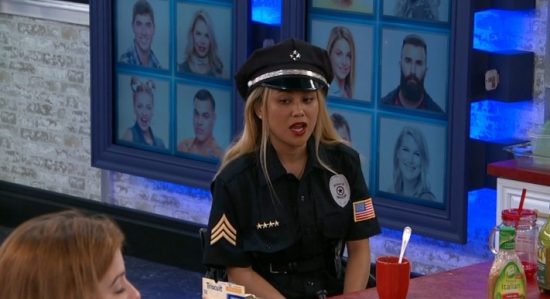 Good evening, everyone!  I know it’s a late update, but I just got home from the movies and dinner.  I saw someone complaining about the lack of spoilers from this past week in the last thread.  My apologies for not having a personal secret camera inside the house while the feeds were down.  I did give rumored spoilers, but screw them, right?

Btw, I’m not really bothered by comments like that, it’s more of just a joke because I do have some personal issues going on and I can’t always get the spoilers right away.  For example, Monday I will not be home all day because of issues I may discuss at some point, but I’m not quite ready to yet.

Enough of me! There was a veto competition tonight and apparently, they were given officer uniforms for this competition.  In my post this morning I basically said that either Jessica, Josh, or Ramses would win the veto because the other 3 really wouldn’t care or try hard – and I was right!  Jessica is on a competition winning spree right now as she picked up the veto to go along with her HoH.

What does this mean for the house? It means we may be getting set up for another Thursday night meltdown by Jessica and Cody!  Unless Jess tosses a curveball and tries to put Paul up without the votes to get him out, they are going to think Josh is going home. The only problem is that Paul, Christmas, and crew aren’t ready to get rid of their number yet, so they’re going to pretend to vote Josh out but actually vote out Ramses.

While we’re on the subject of potential drama, if anyone has been watching the feeds lately, you’d see Elena getting pretty freakin friendly with Paul. So much where she is blatant about it in front of Mark… 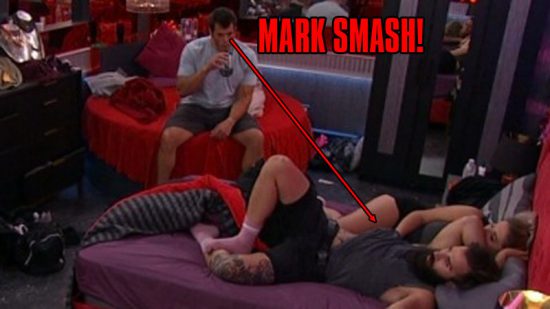 I already pointed out earlier in the season how badly Elena wanted Matt, but now that Matt and Raven have (allegedly) bumped uglies the other night, it appears she has moved on to Paul. All while Mark sits around and watches.

Alright, there really won’t be any drama over this. Mark will move on, head to the DR, shed some tears and be made fun of by production all because he fell for a girl who clearly isn’t into him.  Kind of a tough break for the guy, but showmances are risky

Tomorrow should be a slow day in the house, but hopefully they’ll have the backyard back so we can have a change of scenery.

Also, Spiderman was fantastic.  They completely saved that franchise after those pretty terrible movies with Tobey and then the other guy (Garfield?).   Another also, I may write a blog post here on my thoughts on this season of Fear the Walking Dead. It will be completely unrelated to Big Brother, but I also won’t promote it on FB/Twitter. It will just be a surprise post rambling about off topic stuff that can be completely skipped over by those not interested!

I’m overtired as you can tell from this crazy post, so I’m going to bed.  Live updates tomorrow!