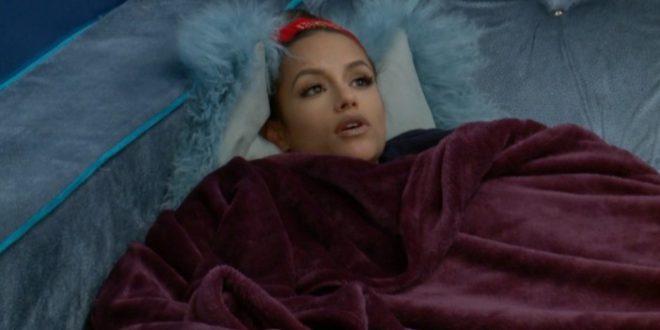 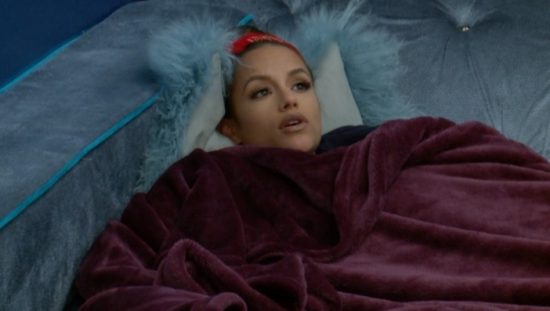 Quick correction from my earlier post – there is no Den of Temptation today.  I looked at the voting page, and the vote doesn’t end until the 19th. No clue why they’re making this one a roughly two-week vote, but it should give Alex power two weeks in a row (unless someone else sneaks in and wins it. Kevin maybe).

Alex has been really cryptic on her nomination picks because I think she’s trying to play by the rules (Kryssie and her rule book approved!). You were probably not aware of it because people talk about it so freely, but there is a rule against specifically telling people they’re being nominated.  They typically let that slide, but Alex was playing it safe and only letting it slip a few times. She mostly hinted around that it would be Jess and Dom, so that’s who I expect tonight.

In other news, Christmas is back in the house and playing innocent with her hinky vote of Ramses last night. She is obviously acting like she voted out Cody in order to pin the vote on someone else.  I really like when Kevin did it last week, and don’t know why that doesn’t happen more. I most certainly would toss out the hinky votes to stir things up. It’s fun!

Alright, feeds are back up, time for updates

Stepping away for a mental break