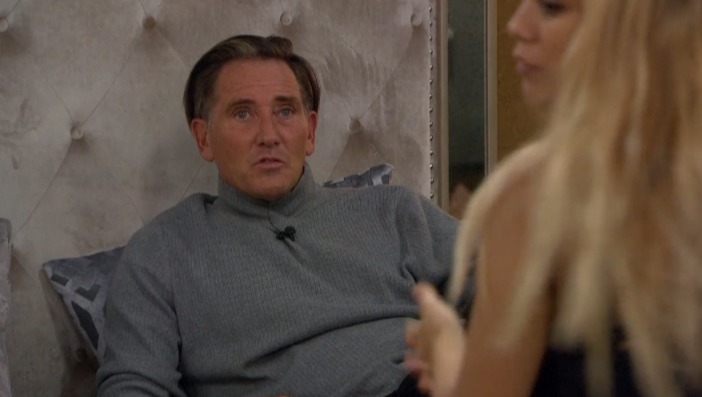 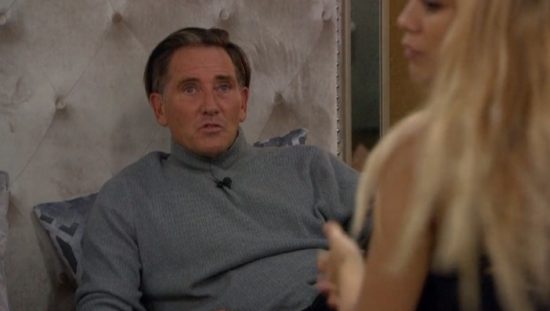 Good afternoon, everyone!  As many of you know,  I’m still away for a few days, but luckily the drama seems to have cooled down since the late night craziness of Fri night/Sat morning.

I’ll do a brief recap of that if you’ve been away and are just checking in now.

Throughout this season, Kevin and Dominique have had this fake show where they interview houseguests and everyone else plays in the audience. It was typically harmless, that is until the Wednesday show when Dom was able to snag Cody as a guest before he was evicted.

During the interview, she asked him a lot of game related questions that were really no big deal, but they happened in a week when there was absolutely nothing going on. Because of this, Dom’s questions made her the focus of the house because people did not like what she was asking to both Cody and Ramses (She had a few questions about his sexuality during that interview).  In most other weeks, Dom’s questions would have been a blip on the radar, but with Cody as the set vote and everyone looking for the next target, Dom opened herself up with the interview.

Stupid, I know. But that’s Big Brother and how crazy the house can be when they’re locked in for a month+  (except Christmas because she was able to get some freedom. Whether or not that was fair is another topic).

Moving on, Cody was evicted as planned but Kevin once again threw a hinky vote in for Cody to stay and for some reason, Christmas did as well.  Kevin has been doing this since the beginning because he’s crazy like that, but it was odd for Christmas to do it.  That said, her vote may end up exposing Kevin in the long run because the way she talks to Paul makes it sound like she heard the vote was 3-0-0 for Ramses after she voted (she was probably still on the line and heard Julie announce that to the audience before heading to commercial break).  I say this because she was very adamant on wondering who voted in front of her and said she has a reason why she’s asking.  They both know Jess was one, but Paul couldn’t remember the other person (It was Kevin).   Yet another reason why it was unfair for her to play from outside the house…  but moving on again….

Alex won the HoH during the endurance competition and vowed to make a big move. That ‘big move’ appears to be whatever the hell Paul wants her to do as he has taken over the HoH similar to what Derrick did during his season. Paul has decided that Dom should be the one to go this week and Alex is running full steam with that.  She nominated Jess and Dom, and plans to put someone like Mark up against Dom should Jason (who won the PoV) use the veto on Jess.

Seeing as Jason wants a final 4 of him, Kevin, Paul, and Alex, I have no doubt that both Alex and Jason will do whatever Paul wants in order to secure Dom’s exit from the game.

Now, is it smart for them to work with Paul?  Yes, for now.  Is it smart to want to go to f4 with him?  No. That’s dumb as shit.  Paul needs to get out of the house sooner rather than later if anyone wants a chance to win this game. It’s strange the people who I feel are playing the game the most are the people who are pushing for a situation where they lose to Paul in the finals. It’s weird.

Finally, adding my own 2 cents to the mix, don’t count out Dom just yet. Right now the house is pretty convinced there isn’t a buy-back and someone may be going home in a weird double eviction type of week. When they realize that is not the case, you will probably see Paul changing his tune come Wednesday night.  If he does believe that there will be another ‘battle back’ situation, it is very possible that Jess becomes the target so there isn’t a situation where Jess and Cody are back together in the house.

If you’re rooting for a fair game this season (without a vet cruising to victory), let’s all hope that Paul makes the mistake of telling Jason to save Jess.  Once she is off the block, the chances of her reuniting with Cody and stirring up the pot shoot up over 90% (my odds, nothing scientific about it).  Even if you’re not a fan of Cody, don’t worry. He’s not winning this game even if he comes back.  He’ll be voted out again in a few weeks. The big thing is for him to shake things up before he goes.

Alright, a busy day for me, so hopefully you guys can do what you did yesterday and rock the comment section with house updates.