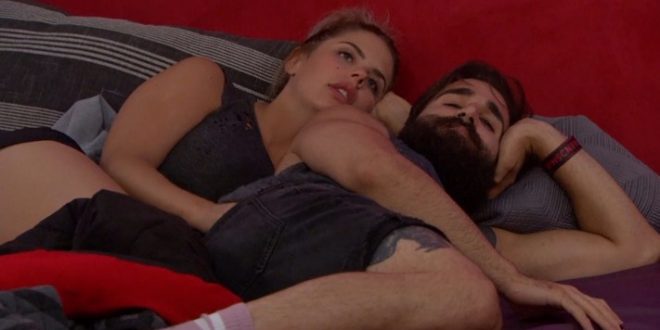 Good afternoon, everyone!  It’s Sunday in the Big Brother house in a week that is probably expected to be fairly slow until Thursday night when Jess & Cody get their second surprise in a row during their time as HoH.  Once again we expect they will be caught off guard as their target (Josh) remains in the house while their pawn heads on out the door.  This will no doubt cause another shitshow, but the difference will be that this time Paul won’t have his 3 weeks of safety.  That said, he will still have the numbers which at this point is more secure than safety.

People talk about Paul’s major advantage to start the season, but many simply discount the game he has played after that. During that 3 week period, he has done a pretty fantastic job at reeling in a core group of loyal players who appear to have no problem with him cruising through the season and likely winning the show. While he certainly has been playing a lot harder than he anticipated, his social game is miles above what it was last season when he did things like call an eventual jury member a c*nt (Michelle).  So even if Cody decides to come after Paul next week when he’s pissed about the vote once again being flipped, it really won’t matter unless he ups his social game and starts convincing people they have no chance at beating him in the finale.

Enough about Paul’s eventual win.  As I said in my last thread, I have something going on tomorrow so at some point I will have to stop updating tonight and will be sporadic until tomorrow. However, I will keep a new thread open even if it’s for you guys to comment on!