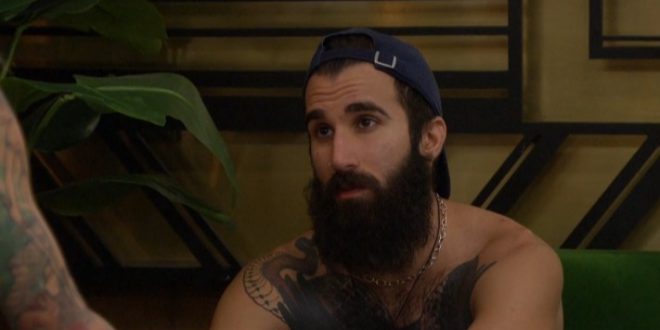 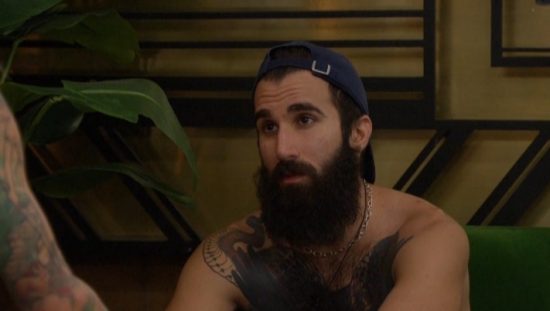 We are two and a half weeks away from Paul completing one of the more successful seasons in Big Brother history. Sure, it was against very weak opponents and he had a lot of help from production, but nobody complains when the Globetrotters win, do they?  Hmm, bad example. Globetrotters are fun and put on a show while they do it. Paul has been manipulative and vindictive this season and a huge disappointment from the much more fun version last season.

Last night he managed to pull out a veto win which makes for his 3rd of the season combined with 2 HoH’s combined which brings his career total to 6 vetos and 5 hoh wins. Not bad considering he has thrown a majority of competitions this year and hasn’t really had to win anything all season.  The only time he was ever really at risk were the first few weeks but was handed safety by production, so he hasn’t really faced any pressure all year. To his credit, that is his own doing with a pretty brilliant social game. His strategy has been giving advice to these newbies and acting like the ‘father role’ of the season while sniffing out and evicting anyone who remotely posed a threat to his position (Jess, Cody, Mark, Elena). He didn’t fall into such a good position in the house. Sure he was helped by dumb players but keeping the dumb players around gave him the power and numbers he needed.

It’s not over yet. There is a (slight) chance they can turn on him, but I wouldn’t put money on that. I fully expect to see him in the finale and the only thing that can stop him is another dumb jury. That’s the only flaw in his plan. When you pick dumb players to carry you to the end, you risk those same dumb people sitting in jury being easily manipulated with Paul powerless to sway opinion except his final speech.

I predict a fairly slow day in the house as Paul told Alex he is going to save her so she’s not going to cause any shit until tomorrow if and when he doesn’t do that. If you’re into a bunch of people sitting around shit talking a 55 year old man who has been largely isolated his last few weeks, these are the feeds for you!