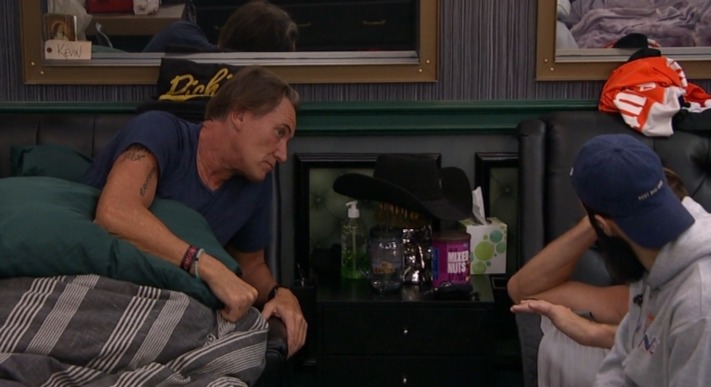 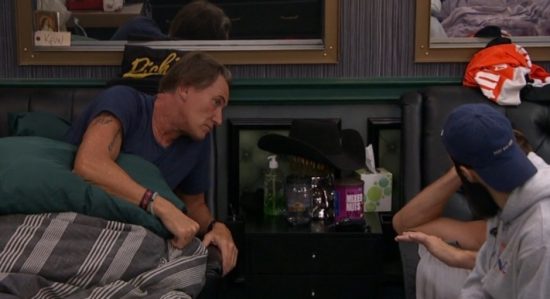 If you were to describe Paul in one word, what would it be?  No matter what it is, I have a feeling that word would not be ‘lazy’ or ‘unmotivated’ or ‘quitter’.

No matter how you feel about the guy, you have to hand it to him. He’s playing the game. That is more than you can say about 13 other people this season with Jessica, Cody, and Cameron as the exceptions. Sure, Cameron didn’t get enough time to see if he was going to be a dud, and Jessica & Cody are pretty terrible at the game during the periods when they decide to play, but at least they play. The rest of the house has been treating it like they need to survive 5 evictions before they’re set for life in the jury house. Paul is the only person who has been playing the game since day 1 and still playing some 40+ days later. Some may say he’s been playing too hard – shit, even he would probably say that – but whatever he is doing, it’s more than most other people combined.

Let’s be real here. There is almost a certainty had someone else won HoH this week and Jessica revealed the hex, this would have been one of the slowest weeks in BB history (unless they fell for the bluff and didn’t nominate Jess/Cody and created drama with the others in the house). Paul immediately said he was going to call her bluff, and he did. After nominating her, he came up with a few plans to get around the hex and then had to change on the fly when he got full details of the temptation. Rather than just giving up entirely and waiting for tonight, Paul kept trying to do the impossible which was to nominate the pair and then convince Jessica to not use the hex.  Some nasty fights, name-calling, and some bird flips by Raven, here we are with Paul still thinking of ways to get Jessica to not play the hex.

Was it a poor move on Paul’s part to blow everything up in order to brag at the end of the season that he got Cody out twice?  That is yet to be determined, but seeing as we’re more than a month into the season and only two people – both who are on the block – are Paul’s only competition, it makes sense for him to keep going at them hard. He’s even willing to trade the bragging rights of getting Cody out twice to the bragging rights of evicting someone who had the chance for safety.  That is his plan today as he’s going to give it one last shot to convince Jessica to not use the hex, and this time if she doesn’t, he’s telling everyone to vote her out instead.  Cutthroat.

Also, people may call Paul crazy for second guessing this temptation, but I will agree with him that Jessica’s odd handling of it made the thing far more confusing than it is. I still don’t understand why she was so adamant on not using it at all. I don’t understand why she only wanted 2 weeks of safety just so she wouldn’t be forced to ever use it.  That made it sound like there was a consequence to using it.  Whether she realized it or not, her ambiguity on the hex definitely altered the way Paul handled it.

Anyway, I expect it to be slow this afternoon which is why I wrote more in my intro.  Here are updates regardless