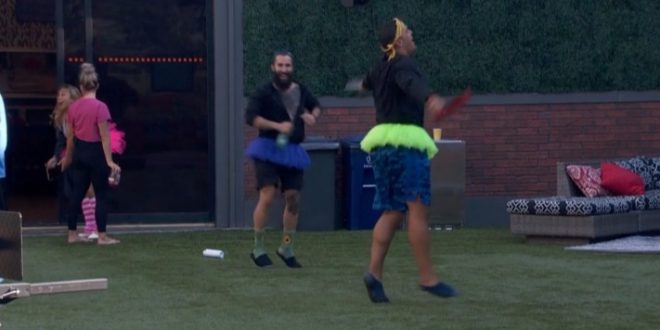 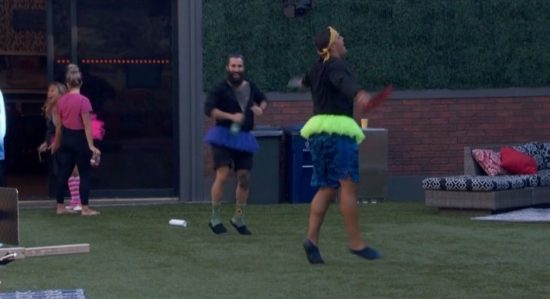 Good afternoon, everyone!  I’m still a little hungover from yesterday (not drunk, I don’t drink. Big Brother hungover), and I bet the house is, so there is a chance it could be a slower day than the craziness that transpired throughout the afternoon after the veto ceremony.  You can read a summary of it here

I also want to give my father a happy birthday shout out as he is still recovering from his surgery in the hospital.

There has been a lot of feedback on the events of yesterday, and a lot to take in. I try to see both sides to every argument and there certainly was one to be made for team Cody, but also one to be made for team Paul. While I personally wouldn’t have played that way, I can see Paul’s side that this is a game he is trying to win and $500k is a nice chunk of change.  He has been able to convince a solid 5-6 people to blindly follow him and throw away their chances at winning (Josh, Raven, Alex, and to a lesser extent Christmas, and Matt). You can also say he has the rest of the house minus Cody and Jessica under his umbrella though they’re more of sideline players than active followers.  Paul is using his minions to throw his two (and only?) threats off their game because he knows they’re not going home this week and so badly can’t afford for them to win HoH.

Let’s also not forget that Cody was on the ‘bully’ side of the house early in the season when they were ganging up on the weaker players like Josh. While it wasn’t nearly as bad as yesterday, intimidation has been Cody’s way to play.  Look at the conversation he had with Jason a few days before the vote. He got in his face and tried to scare Jason into voting their way. This wasn’t a random conversation, either.  Cody told Jess he was going to pull Jason aside and try to scare him into voting that way because he saw Jason as weak and an easier target for that.

Again, I am merely playing devil’s advocate here. When they were sitting around the kitchen with Raven screaming at Jess while essentially the entire house egged her on, I don’t think I could have sat back and not said something to calm Raven down. She was borderline crazy and the house acted real shitty when they moved outside and cornered Cody and Jess and shouted things across the yard. Maybe I wouldn’t?  Maybe it’s smarter to just stay on the sidelines like Kevin did and let the house eat each other up because again – $500k is a nice chunk of change. Someone interfering most certainly would become a target and get booted when they can privately pull Jess/Cody aside and form a secret alliance to get back at Paul and crew.  Maybe Kevin will do that. Maybe Matt will do that.  Maybe nobody will, and the pair will be left on their own for another week+ until one is eventually voted out.