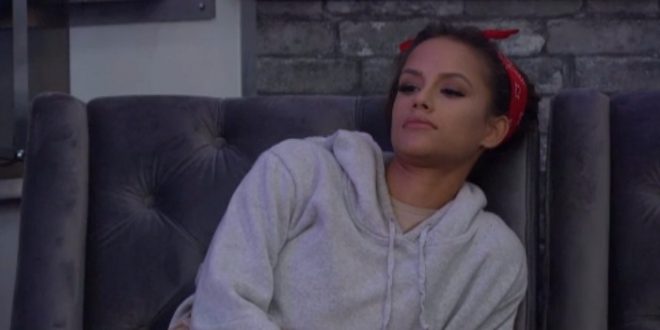 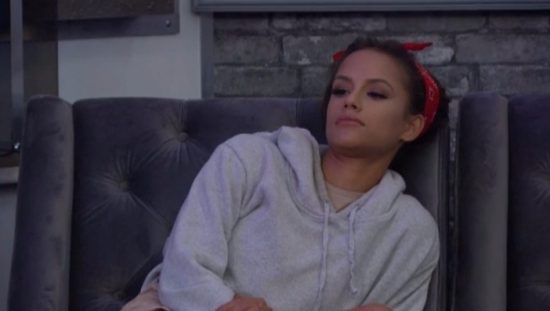 As you know, the battle back competition will be airing tomorrow night in a special Friday edition of Big Brother. In order to prevent that episode from going unwatched, CBS is blocking the feeds from later today until after the west coast episode airs (roughly 9 pm pst).

This means the feeds until tomorrow night will either be extremely slow or off altogether because Thursday afternoons are typically spent with people sitting in front of mirrors getting ready.  What this means for you?  Take a break! Or stay here and chat about the house.  Or go catch up on some DVR.  The world is your oyster.

The house has been talking about the possibility of a battle back competition, so I’m a bit surprised talk hasn’t pushed more for Jess to get evicted, but there is always today.  Most seemed to have moved on to next week as once again a houseguest is doing little to no campaigning to remain in the house (Dom). Jess has been working hard to mend fences broken when Cody did the horrible thing of trying to nominate the biggest threat in the house, while Dom has spent most of the time in isolation.  It’s very frustrating to see this because nobody can really list a solid reason why Dom needs to be evicted right now.  For situations like that, even moderately skilled players should be able to talk their way out of the eviction, but Dom is just praying and hoping for some divine intervention.

There is still no word on who won the temptation this week.  Judging by the polls and the people involved, this makes me think Kevin or Alex won, although Jess was really relaxed after the feeds returned, so she’s a third possibility.  I think Alex or Kevin because neither really trust anyone in the house enough to tell them they won, and both have been high on popularity polls around the Big Brother world. I am still not sure anyone knows that Kevin is the one who took the $25k, so he’s pretty damn good at keeping a secret.  If I were to bet, I’d say Kevin is holding the power and will be able to stop one of the next four evictions.  This basically amounts to a week of immunity because it’s highly unlikely he’ll use it unless he’s the one sitting on the block. There is a chance he’d save Paul, but I would like to believe he’s smarter than that. We’ll see.

Regarding the battle back competition, this is how it will go (if they go by last year’s BB comp):

Round 3 winner gets to return to the house.

I’m off for a bit, but I will be posting the results from the first two weeks of popularity polls later on.  Week 3 is open for voting, so be sure to do that!