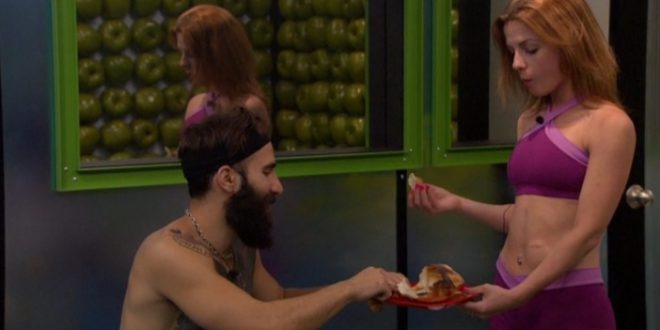 Sorry for the late update, everyone. Had some morning errands I needed to run.

It’s veto day in the Big Brother house and the chances of there being a surprise nomination of someone other than Cody is lower than the chances of Cameron running back through that door buck naked screaming he is the Lizard King.

How do I know this? Because it was obvious, but also because it already happened…

PoV results – Paul took down Josh. Cody is up