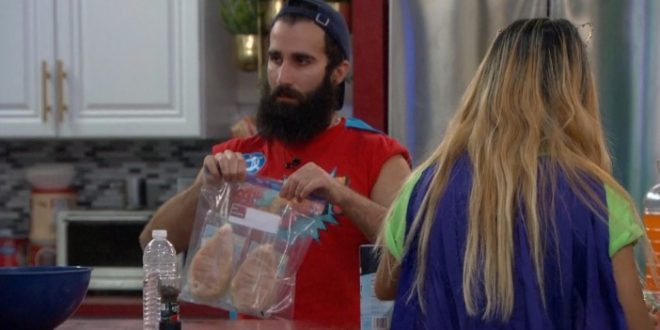 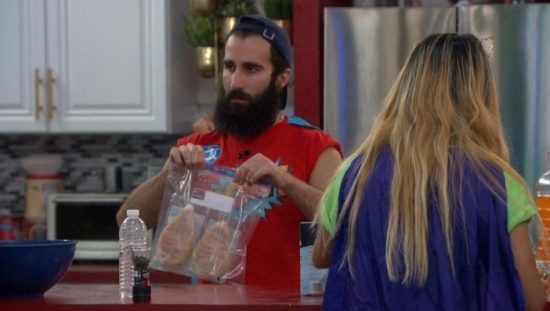 That worked out pretty well.  I went out for a bit, relaxed, and took a nap that I’ll likely regret sometime around 3 am.  I wake up and see the PoV competition had just completed.

It was indeed the comic book challenge with the zip line thing, and Christmas was unable to play.  I’m sure her two fans will be disappointed in that.

Paul won the veto competition, and this brings a dilemma that may create drama in other seasons.  He is now at the point of showing his cards to Alex because there is no way he can use the PoV and risk pissing off Christmas and Josh for little to no reason at all. Saving Alex would be a shockingly weird decision that Paul simply isn’t going to make. So, what I predict will happen is that Paul will show Alex his pair of aces and convince her it’s a pair of 2’s – and she’ll believe it.

I can already see him telling her that Kevin is going home no matter what and Josh doesn’t want Christmas to be a pawn and be forced to pack her bags. He’ll say that she’s still safe, and may even vote for her to stay on Thursday night then in his goodbye message mention “If you’re seeing this, then I was clearly fooled by Josh and Christmas”. Of course, this would all work perfectly because Alex is too clueless to see except for the fact that she’s going to jury and will compare notes with the guy who was told that Paul was behind all of this (Jason). Josh’s goodbye message to him may be the thing that completely turns around jury and ends up creating a bunch of bitter people who vote for anyone sitting next to Paul. That would kind of be hilarious, but not at the same time because nobody in the house really deserves to win.

I love Kevin, but he is a floater to the extreme. I’ll be happy if he wins AFP or even doesn’t because he already is pulling in around $40k for this season ($25k prize plus stipend). Josh is just a puppet who sold his soul to Paul and hasn’t done anything on his own all season. Christmas is still in the house because she broke her foot and was a complete non-threat all season long. Sure, she’ll brag about how she went through the game with a broken foot and even won two HoH competitions without mentioning they were both thrown to her.  She’ll say she had to put up with so much pain and suffering without mentioning others had to also put up with mental pain and suffering and weren’t given drugs to get them through those periods. The thing that allowed her to stay in this game will probably be the thing she clings to as a reason why she should win, and it may even work, but it shouldn’t.

Back on track – It should be kind of interesting to see how Paul handles this veto. I will be shocked if he does it any other way than some variant of what I described. The chances of him being honest and then voting her out are slim to none unless Josh and Christmas tell him they’re going to rat him out if he doesn’t draw the line in the sand.  I’ll check back to see if anything happens with this, so stay tuned, but I’m sure Paul has it all under control – unfortunately.