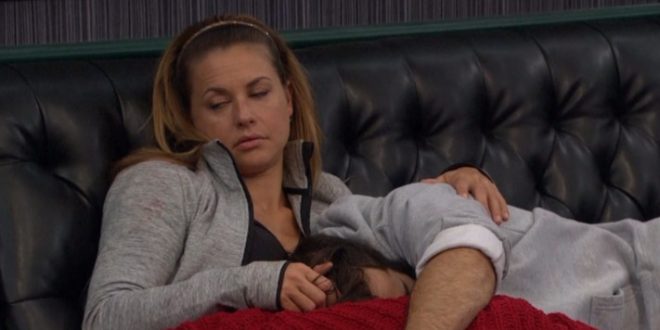 Last night began the first step in finally getting out the extremely tough competitor – Matt.  Yes, Matt.  He was nominated alongside his girlfriend Raven for a week that will likely be forgotten by around Thursday night at 9:45 pm est when Matt is gone and only one person cared. Well, Matt’s family probably care as well. So one person outside his family.

What is sad about Matt leaving is not that he is leaving, it’s that you look at the remaining houseguests and say ‘well, I can understand that’.  Sure, it would be great if someone actually made a big move in the house, but I’ve come to terms with that not happening unless Alex has some major reality check that Paul is not really working with her. That’s right, Alex is our only hope to salvage a potentially very boring end to a very disappointing season. Look at the remaining house… Josh and Christmas are actually working with Paul so they’re not going to ever target him. Jason is clueless without Alex’s guidance. Kevin is entertaining but useless. I’m still not sure Matt realizes where he has been all summer while Raven is just happy to get any form of attention from anyone. Once Matt is gone (not that he was a big help anyway), Raven is completely on her own and will probably be quickly controlled by Paul.

I’ve said it a few times over the past few weeks but it’s just becoming more and more clear that Alex is the only thing stopping Paul from cruising to the end, and I only give that like a 30% chance of happening.  Look, this is nothing against Paul. Another thing I’ve said and I’ll stand by it is that he’s playing a fantastic game and really is the only person who actually deserves to win this year. However, from an entertainment standpoint, he’s a dud.  By controlling every aspect of the house removes the best parts of the show which is the unpredictability (expect the unexpected) and turns the feeds into a snooze fest. Even the lame twists this season couldn’t spark life into the show because as if they didn’t learn from BBOTT, having fan involvement with a fan favorite in the house is just flat out stupid.  Fan involvement is great, but don’t do it when you put a player in the game who already has a massive following.  Or better yet, stop putting returning players in the freakin’ house. Out of the 300m people in this country, I’m sure they can find 16 new people per season without resorting to bringing veterans back.

That’s my rant for the day.  The veto is going to happen at some point today but it doesn’t matter who wins. Matt or Raven are leaving the house this week no matter what happens this afternoon.  The only thing that can save them is adding another twist to the game which doesn’t seem to be happening (nor should it right now). Shit, even the apple tree twist is a bust. Paul made sure nobody picks an apple from the tree because for some reason they decided to only make that available prior to nominations when everyone was feeling safe.