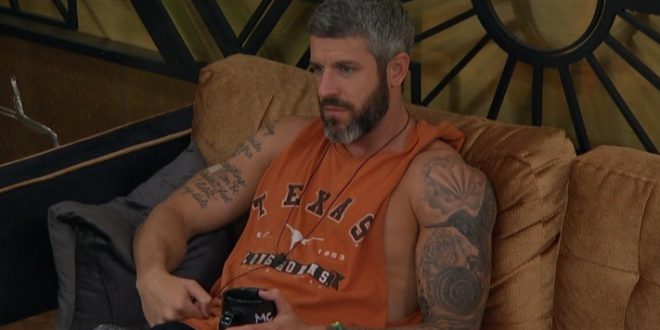 Good afternoon, everyone! In a not so surprising turn of events, the house has been extremely quiet since Monday’s meltdown after the PoV meeting.

Why is this not surprising?  It’s pretty much par for the course in a Big Brother season. An event will spark a few hours of fighting, the house will calm down but talk shit about the person for the rest of the night. The next day they may or may not act like nothing happened, but either way, it will be a far different tone until the next event which is usually the live eviction. Rinse and repeat. Occasionally there will be flareups, but it’s typically quiet for some time.

Paul’s plan of getting Cody so worked up that he attacked someone or self-evicted blew up in his face when all the taunting in the world couldn’t get Cody to crack. It’s almost like that guy was in the military and is trained to be able to handle that stuff. Not only did it not work, but it was such a failure that it not only made Paul look bad to viewers, but I think this is the beginning of the end for him.  He most certainly has his pack under control and it will probably remain like that until Jess and Cody are gone, but there is potential for some fireworks down the road. Once Jess and Cody are gone, the house will be forced to turn on itself, and Paul’s strategy of having multiple alliances inside his pack may bite him when they find out.  Alex, Christmas, Josh, Raven, and even Elena all think they have something special with him, and if Jody actually cares to work that angle, they can possibly split up the house.  That said, Jody hasn’t even tried to do any gaming this week and may only try next week if one wins HoH.

Note – Whenever I discuss strategy on these intros, it’s usually how the underdog can take over the top.  I try to remain fairly unbiased because most of the cast becomes equally annoying by the end of the season, so I root for fun feeds rather than a specific person. Fun feeds won’t be Paul controlling the house and picking off people one at a time as they go down without a fight, and discussing the best way 10 people can gang up on 2 people is pointless.  If the house turns on Paul, I’ll probably discuss ways Paul can get out of the mess he put himself in.