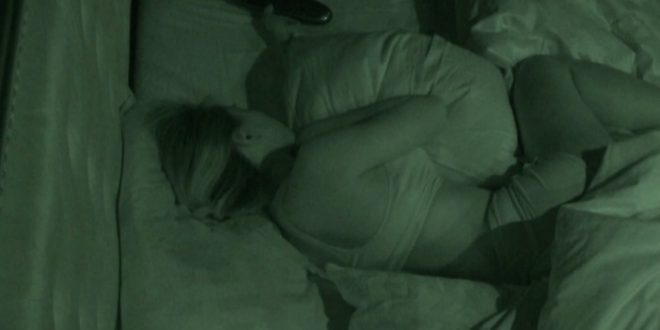 I sleep with the remote in my hand as well

Only one more day until the house is flipped on it’s head once again as the battle back competition takes place and Cody squares off against Dom or Jess to return back into the house  (Let’s be real, Jillian or Cameron are not getting by Cody).  I still put Jess in there because it may seem like a done deal that Dom is leaving, I won’t believe it for another 26-28 hours. There is way too much downtime right now for this vote to be completely settled.

Also, quick programming note. The feeds will likely be down for about 24 hours beginning at tomorrow night’s live eviction. This is because the battle-back will be taking place and they don’t want to spoil Friday night’s special episode by turning on the feeds beforehand and revealing who won the BB comp. I will remind you once again when it happens, but prepare to take Friday afternoon off!

Another note – the feeds are currently whacked out.  I don’t know if it’s a simple error or they’re really hours behind but as of 10 am (est), the feeds are showing 3:45 am when they should be around 7 am. We’ll see if the corrects itself later on.

I’ll post some updates when they wake up!  Check back soon