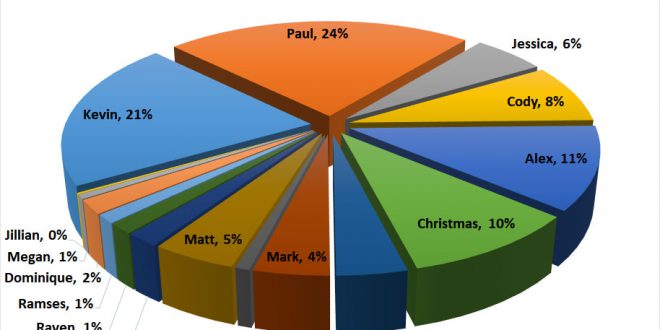 It’s been an interesting week in the polls as Cody made a huge surge since re-adding him (along with other evicted houseguests) to the poll.  This helps put a little weight into how Jessica got the temptation because combining them shows they have a bit of a following. Sure, not as much as Kevin, but even Kevin fans can see that he didn’t need that specific temptation anytime soon.  I’m not trying to make excuses or sound like a Big Brother apologist, but it’s just numbers like this show me it wasn’t a complete fluke 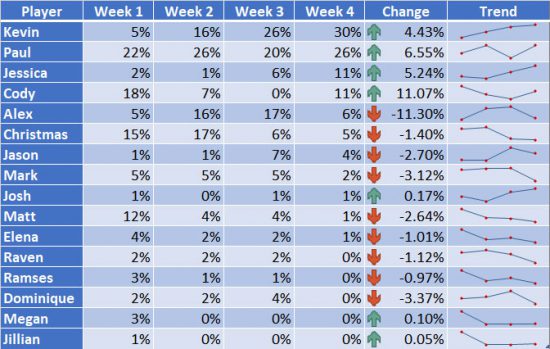 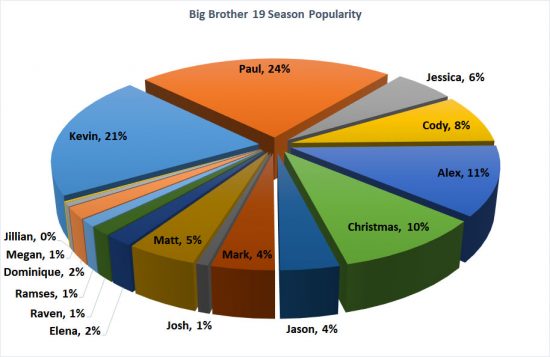 The surprising thing was that Paul’s popularity actually increased during the ‘bullygate’ that went on last Monday. However, other big players involved (Alex, Christmas, and Raven) took some hits. One of the biggest people from the fight was the terminal double bird Raven who went from 71 votes to only 19!  That is out of 4k+ total votes. Ouch.  It shows her at 0% but if you’re wondering specifics, it’s actually 0.47%