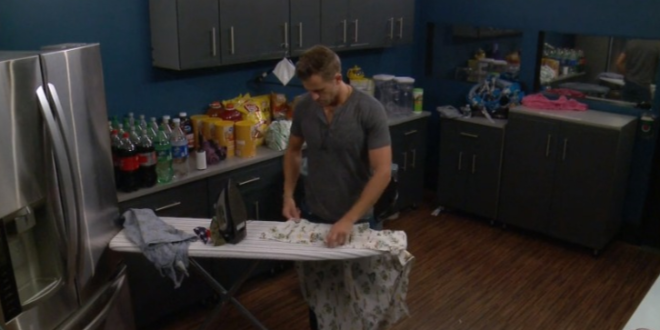 Good evening, everyone!  I hope you all had a good Thursday!  It’s time to kick off a new week in the Big Brother house and we have an endurance competition to start it!

For the third straight eviction, we’re set to have a nailbiter which may be a record for this show (Probably not but sounds good). Three straight weeks of a split vote is just fantastic game and really nothing I can remember seeing to open a season in my time blogging the show.  The house is deeply divided and that will play out once again tonight as Winston or Brett go home.

Spoiler alert – they will. I know for certain that many people inside the house have been pressuring Sam to use her power tonight and I’m sure production has also been hinting around to it as well. This is because it would be great TV for the evicted houseguest to return in dramatic fashion to compete on the wall endurance competition. It’s just great TV. You can’t blame production for trying to make this happen, but in the end, the decision rests with the girl who hates having the power and wants it to just fade away.

Sam has made it pretty clear that she has no intention of using it – nor should she really – but that’s not going to stop production from trying nor will it stop them from pretending like there is a chance when the show begins.  As I stated, the HOH competition will be an endurance challenge which means you won’t see the end of it play out on CBS until Sunday night. I will be covering it, or you can sign up to the live feeds and watch along with me!

My quick prediction is that Bayleigh, Kaitlyn, and Rachel will be the final 3 on the wall. JC could and likely should win this competition, as with Tyler, but I believe both will fall (throw it). The remaining people with the passion to win it are those three, maybe Brett (but too big) and maybe Angela. Kaycee also has a chance, but she will likely throw it as well. If and when it’s just – say – level 6 up there, you can guarantee JC, Tyler, and Kaycee will race to see who throws the comp first.

Wrapping this up so I can start the endurance comp thread