Everyone sit back and let out the breath you’ve been holding all winter long, it’s time to see the Big Brother 20 cast!  And – surprise – there is no Paul this season (yet)

In fact, the cast that was leaked this morning by Dick features no returning players. That doesn’t mean there won’t be any, but there are 16 newbies which is the standard amount for a new season. However, this is the 20th season, so don’t be too surprised if there are 20 cast members (4 returning players) this season. It just makes sense, right?

Alright, let’s take our first look at the cast…. 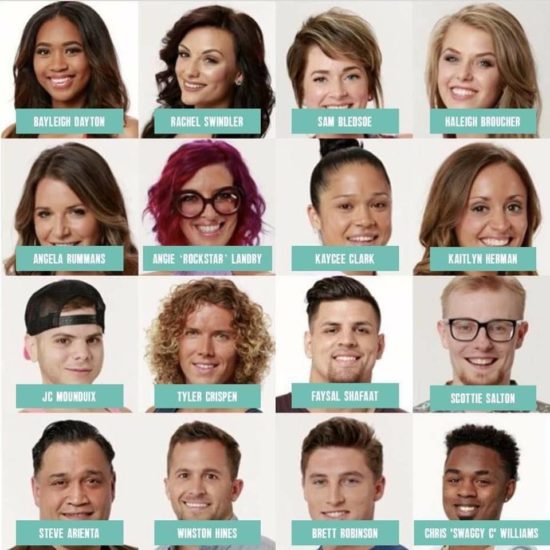 Note – this is not the official cast from CBS. This is the leaked cast, but it very much looks legit so I’m rolling with it for now.

A quick look and here is what I see:

I will be posting complete profiles of the cast when CBS releases the information.  It’s my day off today and going to spend the day digging up anything I can find on these people. Stay tuned!