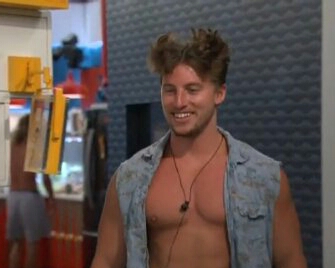 It’s going to be a busy Thursday night in the Big Brother house. We have an eviction, a Battle Back, and an HoH competition! The HoH competition will supposedly play out over the live feeds, but I’ll believe that when I see it. If it does, you can get access to watch it for a month free here! (enter bingenow as a promo code)

Before we begin with the show, I do want to address the latest JC situation. My take on it is that I think it’s time for CBS to put together an honest package on the guy and let America decide if they still like him. They have been giving him incredibly favorable edits so far this season from his ‘yatus’ conversation to even a fake sitcom with Fessy. While he has been fairly funny, there is also another side to him that America should see before casting their votes for America’s Favorite Player.

The reason I am not on the ‘kick JC out’ parade is simply that he hasn’t done one single thing bad enough for that.  Here is a list of his issues and why they’re not worth the boot:

Damn, when you put the entire package together, he’s a pretty annoying person and I wouldn’t care if he was booted.  Each incident by themselves probably isn’t bad enough to get the boot, but as a package, it’s just not a good look for the guy.

Now, if CBS is not going to boot him, they should at least show an honest clip with honest reactions from Haleigh and Tyler on how they felt. This will allow America to have a much more informed opinion when they go cast their votes for America’s Favorite Player in a month. There is a surprising amount of good candidates for that title and everyone else has behaved or even actively avoided people who did the shitty things.  Brett, Haleigh, Tyler, Kaycee, Sam, Scottie, and even Fessy have all earned a pretty big fanbase and have all been really classy inside the house considering they have cameras on them 24/7. (Sam has been a little crazy, but she’s still classy and nice).

What do you think? Should JC get the boot or just an honest edit which will almost certainly strip away his chances at AFP?

Here are the show updates!

Alright, since this took longer than expected, I’m going to start a new thread for the HoH competition