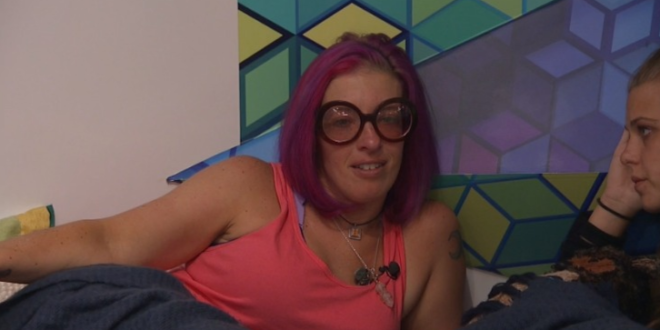 Good afternoon, everyone.  It’s Friday in the Big Brother house and we could be in for a fun week.

Kaitlyn managed to pull off the HoH win last night and she has been really elusive on what she’s actually going to do this week. She is currently on both sides of the house, but as I learned last night, one side is not too thrilled with her right now.  Angie and Haleigh crept into the jenga room around 3:30 to have a little chat about the house….

The problem for Kait is that she decided to choose the side where she would easily be last in line. Brett and Winston and tighter than Swaggy and Bayleigh. Angela and Rachel are also really close with the two bros. Plus Tyler and Kaycee round out the top 6 from that group. At best, she could inch ahead of JC, but that’s still 7th wheel. It doesn’t get better for her on the other side, but she did have more of a chance to sneak her way up as they’re not as close.

Alright, let’s follow along with the actual live feeds now