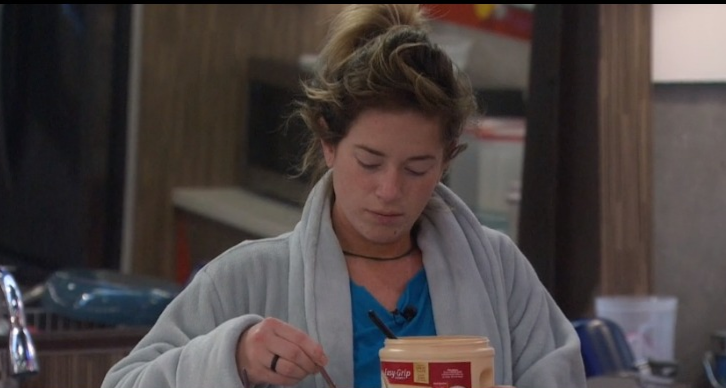 Good afternoon, everyone!  What a night in the Big Brother house and what a great season so far. It is so refreshing to not have a veteran in the house for all the newbies to be star struck over and let float by to the end. These people are all out for blood and it makes for entertaining shows week after week.

Last night during the live eviction, Brett took his eviction speech and decided to throw RS under the bus. Now, unless something happened Thursday when the feeds were down and we didn’t see it, it was clearly a lie, but Rockstar’s own alliance ended up believing it. Kaitlyn’s land of denial where Tyler would never turn on her made her believe that Rockstar may have gone up and still voted to keep Brett after he ‘exposed her’ as a form of muscle memory. Don’t get me wrong, in a season like this where everyone is making moves, it’s not completely out of question to believe Brett and RS would make a pact like that just because nobody would expect it, but at some point, Kait has to see that it’s just Tyler. Right? Maybe?

Around 1:40 am last night, Rockstar finally decided to get revenge and walked around the house hitting a pan. Unfortunately for her, she actually held rhythm fairly well and many seemed to enjoy it. Here is Tyler and Rachel dancing to the sound (I know it’s hard to see the dancing in a still image, so use your imagination) 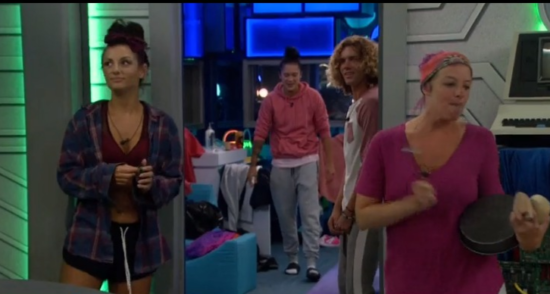 Around 2, Sam eventually told her to chill with it because it’s late so RS promised to continue her music today. We shall see if she does

Regarding nominations, it’s hard to say who Sam is going to nominate. She hasn’t been the most open HoH and hasn’t discussed her strategy – if she has one – with anyone. She knows that whoever she targets only has a chance to leave the house, so I’m sure that my influence her nominations. Even if purely symbolic, she is going to nominate two people who she wouldn’t mind going home (guesses are Kait and Haleigh). I doubt she’ll even think of a backdoor this week or in general. She is a straight shooter and doesn’t seem to be the type to play the shady game.

It’s going to be a weird week with the HoH knowing her nominations will likely be irrelevant so it may get even boring if Sam just tells them straight out that whoever gets evicted is going to have the chance to come back. We’ll follow that as the week progresses.