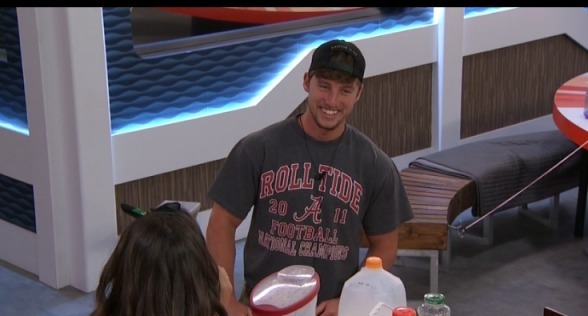 It’s Friday night, so I know everyone is sitting around anxiously awaiting the results of the nominations to see who may be leaving this Thursday night. Oh, wait. Is that just me? Oh, well!

I’m going to say this 100x this week, but as we know, there will be a battle back on Thursday night so whoever does get evicted will turn around and compete to re-enter the house. I’m not going to lie, they’ll have stiff competition in Scottie, but the other two (RS, and Bayleigh) should be a breeze. I’m predicting that either Haleigh or Fessy will leave Thursday and it will be a nailbiter between either one and Scottie to come back in.

Speaking of those two, that’s who I expect to be on the block when the feeds return, so that should hopefully make for an interesting night although Haleigh is certain she will see her face on the screen. Fessy is living in denial so that could have some potential for fun, however!

Let’s get to updates…