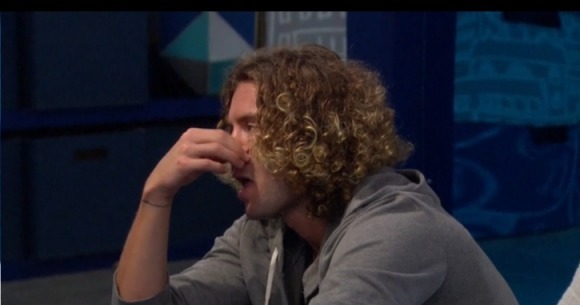 The afternoon has gone as planned as Angela and Kaycee were backdoored and a member of level 6 won the hacker competition. This should continue the very interesting week as the PoV is now going to be enormous tomorrow afternoon.

Here is how the house stands right now – I’m fairly confident that Kaycee is going to take herself down and put Rockstar up.  This puts a pretty weak player in the veto competition and by picking Tyler to play adds a strong one.  The veto competition should be Haleigh, RS, Angela, Tyler, and two out of the rest (KC, JC, Brett, Scottie, Sam, Fessy). Sam is another weak player but the rest of those options are pretty strong so winning the veto isn’t a guarantee. I briefly wondered if KC should keep herself on the block and pick Tyler which gives them 3 solid players in the veto, but with Haleigh as HoH, Brett would just replace Angela or KC.

I also briefly wondered if they could do that and then maneuver Haleigh into replacing KC or Angela with JC but Haleigh literally just told KC as I was writing this that she would be scared JC would go home if he was on the block (which makes me think that’s not a goal of hers).  So, scratch that. KC has to come off and Rockstar up. It’s the best way to keep the alliance together.