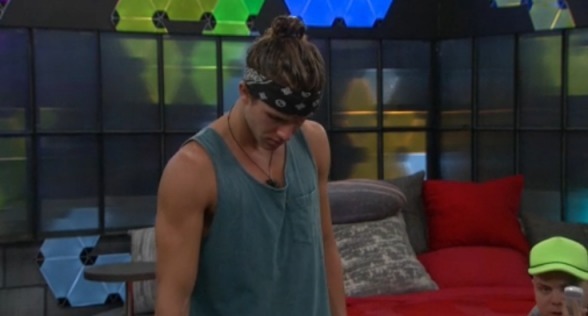 I was out for a bit tonight, so I am a little late on the noms, but they were not supposed to be a surprise, anyway. As expected, Tyler put Haleigh and Scottie on the block together and one of them will be going to the jury house on Thursday night. Pretty much everyone who has talked about so far has just said this week will likely be a repeat of last except replace Fessy with Scottie. Veto could obviously change that, but if Scottie doesn’t win, it’s going to be hard to sell him to stay.

Most of L6 really doesn’t want him there for multiple reasons. The biggest obviously is that he was already evicted and should go right back out, but also because he’s a really strong competitor and has the chance to win just about any and all comps there are. Scottie is just one of those people who manage to handle these weird competitions really well and despite the performances last night, that attitude didn’t change.  It’s not just by chance that he has won or finished second in nearly every comp he has been in this summer. Some people just get these comps and do well in them. Tyler and Scottie are those people.

That also means he’s going to be gunning for the veto really hard and if he doesn’t win, it’s unlikely L6 will pass up a chance to get him out while they still can (and the backdoor option is almost gone).

With that said, let’s jump into the feeds and hope it’s not a boring week