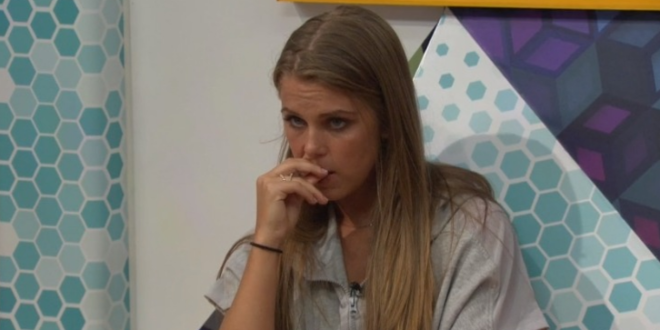 Good morning everyone! It wasn’t very eventful last night but a little info creeped out during conversations for us to go over. Thankfully, Steve covered the talks Sam had with Kaitlyn and Hayleigh and I talked about Sam’s motives on another thread so hopefully, there won’t be too much overlapping. I’m only going to point out a few things Sam said to Hayleigh and Kaitlyn yesterday that I may have missed without getting into the conversations again.

I’m puzzled over something and have been for years. Yesterday’s nom speech makes it even more relevant this season. I get the whole needing affection and contact from people thing because you spend 3 months with strangers. It messes with your head and probably gets really lonely.  I also understand hg’s who say 1 day feels like a week and you get really close really fast to each other. However, I have close friends that I’ve had for 20 years but I don’t snuggle and cuddle with them while we’re hanging out together. I don’t even get the need for bedtime snuggling. Most of these people are single and are used to sleeping alone so why do they need to be cuddled in bed? I’m not talking about the hgs who get in a relationship while in the house because that’s a different situation. I’m talking about the average hg who simply has friends in the house they hang out with. I’m aware I’m not in my 20’s anymore but my friends didn’t do that when we were young and single. My son and daughter are in their 20’s and they don’t do it either. Im not being judgemental about it like Sam, I don’t care what they do. I’m simply puzzled by the behavior.  Do you know young adults who do this while their hanging out, sitting by the pool, having a chat in the living room, getting a snack, etc.? They lay on each other, sit on each other and play with each other’s hair as if they’re monkeys picking off bugs.