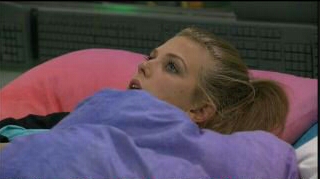 Good morning! I hope everyone is enjoying the start to the weekend. I was afraid I wouldn’t get much accomplished because of the feeds but after listening to Haleigh yesterday, I’m not going to mind taking a break from it. I don’t know how much more I can take of the same thing over and over! It would be different if the hg’s saw her differently than I do but they don’t. They know what she’s doing and that’s why it doesn’t work. This is one of the times that perception lines up with reality and that doesn’t always happen in BB. For example, we’ve known all season Tyler was a big threat but if the house saw him as a loveable, clueless, beach dude, then that’s their reality. In this game, it doesn’t matter what’s happening, it only matters what they believe is happening. It’s also why the better players can step outside of it and see things from an overall view.

I was impressed by Haleigh during the hoh comp. Hell, even Sam said she was impressed! That doesn’t mean I think she’s a good player. She has a one-dimensional strategy that stopped working a long time ago so it’s become very boring for me to watch. I’m not impressed with the edit she’s getting on the tv show. They’ve followed the storyline of Haleigh being Tylers biggest obstacle in the game since she put him otb as the hacker. They’ve left out all the bonehead moves she’s made along the way. I get it, if you’re a Foutte/Hive fan, she’s your last hope for a Foutte/L6 rivalry but hope won’t make it true. The rivalry is over, Foutte lost and as Da’Vonne would say, point, blank and the period. If it weren’t for the stupid battle back, (which I never like) we’d be moving on to the final phase of the game and accept that Foutte only exists in the minds of the jurors at this point. 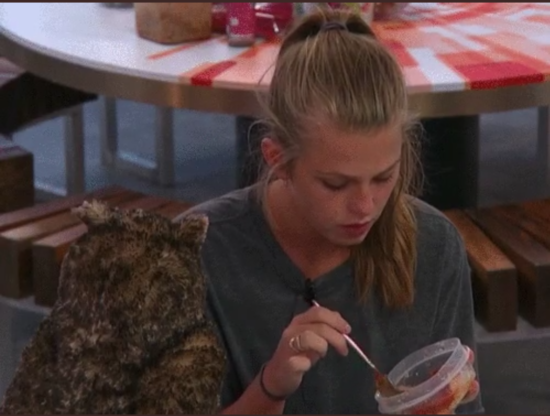 I was going to go over some of Haleigh’s bad game moves, how she’s just as bad a player as the rest of her alliance and what if anything she could do to save herself.  I’m going to save it because she may win the veto today and take herself off the block. Although, there is one thing I’d like to say about Haleigh before I move on to the recap. I try very hard (not always successfully) to stick to the hg’s game play without criticizing them as people, with a couple of exceptions. When I talk about those things, it’s usually related to how it affects the way they’re playing the game. (Sam, for example) Other times, it’s because it’s something that’s all over social media and can’t really be ignored. (JC is a good example)

I’m seeing so many derogatory comments everywhere about Haleigh as a person. Not only do I think it’s unfair, I think it’s inaccurate. Haleigh’s practically being called a whore by a lot of people. She’s young, beautiful and she’s a huge flirt. (Unfortunately, that’s the only strategy she seems to have) She’s annoying to watch when she’s complaining, whining and bed hopping. It’s also annoying (for me) because I wanted her to be a player that clearly, she’s not. However, I’ve never seen her do one thing to justify some of the bad things being said about her.  I’ve never seen her cross any lines of conduct that say, her parents wouldn’t approve. (I’m only guessing because I dont know her parents) Yes, she cusses like a sailor and called Angela the C word but I’m referring to her behavior with the men in the house. Flirting is flirting and that’s all I’ve ever seen. She’s made out with Fessy (after 2 months) but she really likes Fessy and she only flirts with everyone else. I’m not a Haleigh fan and if you aren’t either, there’s plenty of material with her terrible game play to bash her over. The other stuff simply doesn’t make any sense to me. Everyone’s entitled to their own opinion and this one is mine. I wanted to get that off my chest and I have so I’ll move on the what actually happened yesterday. 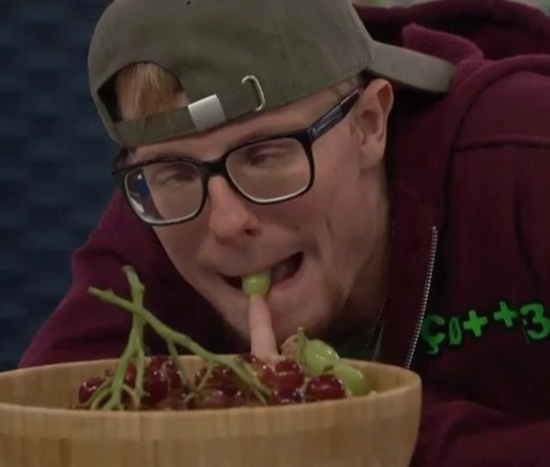 I think I say this every week but we’ll have more to discuss once the veto has been played. We could be going over Scottie vs Haleigh and the way L6 isn’t completely on the same page with the decision. We may also be talking about which replacement nominee (if needed) will cause Tyler the least amount of trouble. Once we have a winner, we’ll have a better idea how the week will go. Check back later for the veto comp results and have a great Saturday!