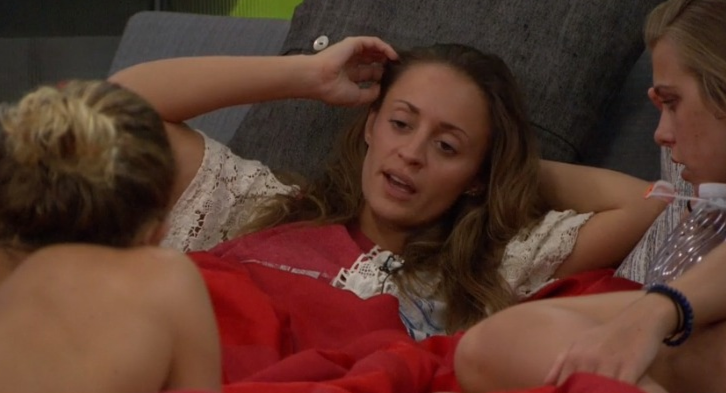 Big Brother 20’s Kaitlyn Herman has been making a lot of news over the last week or so (and she’ll let you hear all about it if you ask her). She was the deciding vote in last Thursday’s eviction, she then went on to win the HoH, and backdoor someone who is quickly becoming a fan favorite as a result (Swaggy).

Well, she is making more news outside the house and she doesn’t even realize it – yet.

Due to the way Kaitlyn acted in the house this season (with all the flirting), many people were wondering if Kaitlyn actually had a boyfriend or if that was a lie. After winning HoH, she received a photo of him, so talk turned to how serious they were together. Well, it turns out he is very real and they were very serious (note – the ‘were’).

Kaitlyn’s boyfriend – Joseph – came out today and confirmed the tweet that his sister put out yesterday. In yesterday’s tweet, his sister said

I’m aireatlantica’s sister and Kaitlyn’s former friend. Stop tweeting at him. We are all aware of her psycho and out of character antics. Trust me, he can and WILL do much better than her and doesn’t need anyone’s pity. If you want to support him, follow and share his music

While that account was followed by Kaitlyn and her boyfriend, people were still skeptical about it (because it is Twittter, after all). Joseph came out today with this tweet…

And if that didn’t show for some, here is a link directly to the image that talks about how he is pulling his waiver from the show.

The last time we have had a situation like this was with Christine during Big Brother 16. She was very flirty with Cody, but her husband came out in full support of her throughout her time on the show. That pair is now divorced.

On the bright side for Joseph, his music was indeed trending for some people on Twitter!