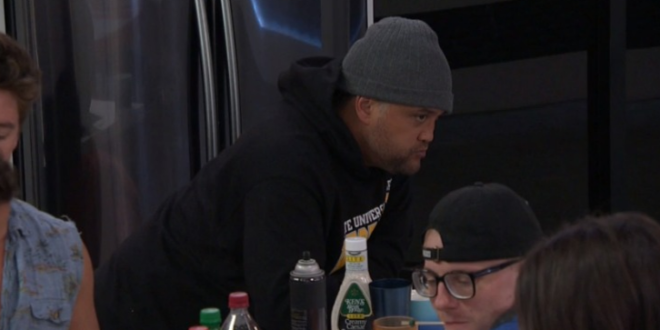 With the complete lack of gameplay the last few days, it’s not surprising that the house finally realized that eviction is tonight and people needed to get on the same page.

Last night, the level 6 alliance appeared to have thrown up their arms in defeat and were just going to wait to see what the twist was, but Tyler apparently had different plans this afternoon. Around 11 am or so, Tyler pulled Kaitlyn aside and basically told her that the other side of the house has the power and if she votes out Sam, they’re going to use it and Kaitlyn is going to be screwed.

They had a back and forth for a bit while telling her that her alliance doesn’t have her back, so Kaitlyn spoke with Haleigh and apparently cleared that up. I wasn’t home, but I guess Kaitlyn may have actually flipped Haleigh as well. I’m going to jump into the feeds and keep it going until they’re down: