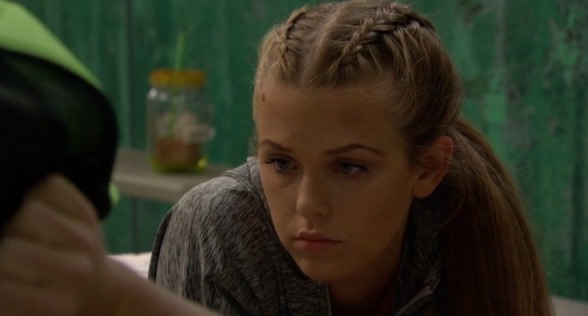 We’re finally down to 7 after tonight and the season is going to start to cruise along from here on out.

Going by a typical Big Brother schedule, unless they drop a double eviction tonight without telling us, I expect next week to be a double eviction as it’s basically the last time they can do one and they kind of have to. As I mentioned, we’ll have 7 in the house with less than 3 weeks to go. The season typically finishes with a final 3 which leaves 4 people to leave before the final week. Leading up to the final week almost always has a back to back eviction with one airing on Wed the other on Thursday. I expect that to be the 19th and 20th. That leaves just next week (the 13th) as the only other option to knock out 2 more people.

To summarize, I expect the final evictions to look like this:

There will obviously be episodes between those, but those are the dates I expect people to be leaving the house.  Anything can change, but I’m fairly certain this is how they’ve handled recent seasons and I don’t expect them to change from that.

Tonight we will have Scottie or Haleigh walking out that door. Brett was angry at Haleigh last night and made a deal with JC and Sam to vote her out, but I’m almost positive cooler heads prevailed and Scottie will still be walking out of the house. I typically take Thursday afternoons off because the feeds are down most of the afternoon and I do like some sort of surprise during the live eviction, but judging from how Angela and Kaycee spoke with JC shortly after the Brett incident, they weren’t even considering voting out Haleigh.

Yes, JC/Sam/Brett is all they need to get Haleigh out, but Brett is still very much loyal to L6 and I don’t see him sticking his neck on the line to save Scottie knowing two of the three people on his new ‘side’ are absolutely awful at competitions (JC/Sam). The only way Haleigh leaves is if Brett manages to talk L6 into voting together and I just don’t see that happening. Haleigh has successfully convinced them that Sam would be her target while Scottie is too much a wildcard for them.  That said, I think Haleigh is lying and she will certainly go after Tyler/Angela if she wins, but that remains to be seen.

With less than 3 weeks to go before you guys take a winter break from this site, I want to do another pitch! If you like skin care products and especially like skin care products that do not test on animals in any way, you need to check out Posh. My wife sells it and has a Facebook group set up that you can join and participate in monthly contests and more for free stuff. Join her Facebook group here and don’t miss out!

Starting a live feed thread in a bit