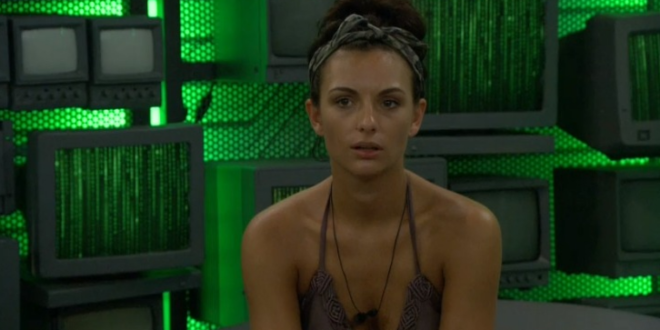 Good evening, everyone! It’s another fine summer night in the Big Brother house – for all but two people really.

The week has been locked in and now it’s the very long wait for Thursday night that is sure to see plenty of Kaitlyn tears, Rockstar whines, and plenty of lies. The big debate of the week is who they’re going to keep, and it really is tough because they also do have to factor in the chance to come back. They can either keep the wildcard shield that is Kaitlyn or the more stable but useless Rockstar.

Fez’s wild week is also going to continue because as of right now he is planning on voting to evict Kaitlyn. This is after he promised to save her with the veto (which he clearly didn’t), and after promising to vote to keep her (which he may not). She’s already on the verge of a breakdown for trusting a guy (or many guys in her case) despite being a ‘strong empowered female’. Maybe I don’t really know what the definition of a strong empowered female is, but Kaitlyn is currently one of the last people in the house I would give that label to.

Anyway, time to jump into the feeds to see what’s going on tonight…