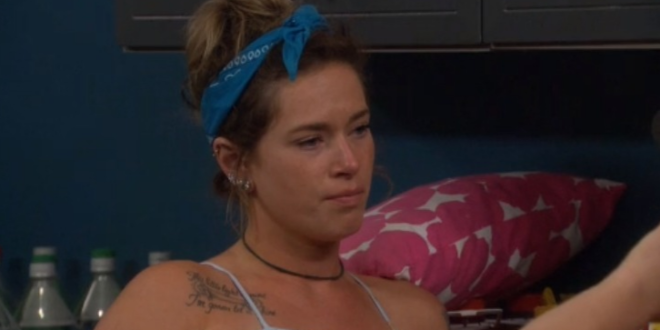 Good morning everyone! BB20 just keeps giving and giving. Remember, this was supposed to be the week we were bored because anything that happened wouldn’t matter. The reality is I’m struggling to keep up with all the game talk and recap it in a cohesive way that makes sense. Have I said lately how much I LOVE this season? There was so much game talk after the veto ceremony yesterday, I’m going to recap a little differently. I don’t want to tell you the same conversation 5 times because it happened over and over. Instead, I’ll go through each person and where they stand in the game (at least at the moment) based on things that happened yesterday. This isn’t Kaitlyn vs Rockstar. The next couple of days is Tyler vs JC. They’re still together but have very different agendas this week. I’ll list them in the order of potential relevance this week.

Look for more whining from Kaitlyn, a possible boys meeting with Tyler, JC and Fessy and hopefully some tug of war between JC and Tyler. RS will find out Rachel is campaigning against her. (they talk a lot a have a small personal relationship) Tyler should find out the house knows Kaitlyn’s love secrets when he was trying to keep it quiet. Sam may ask the DR if she can leave in place of the nominees. Check back with Steve to see what these crazy people do today.