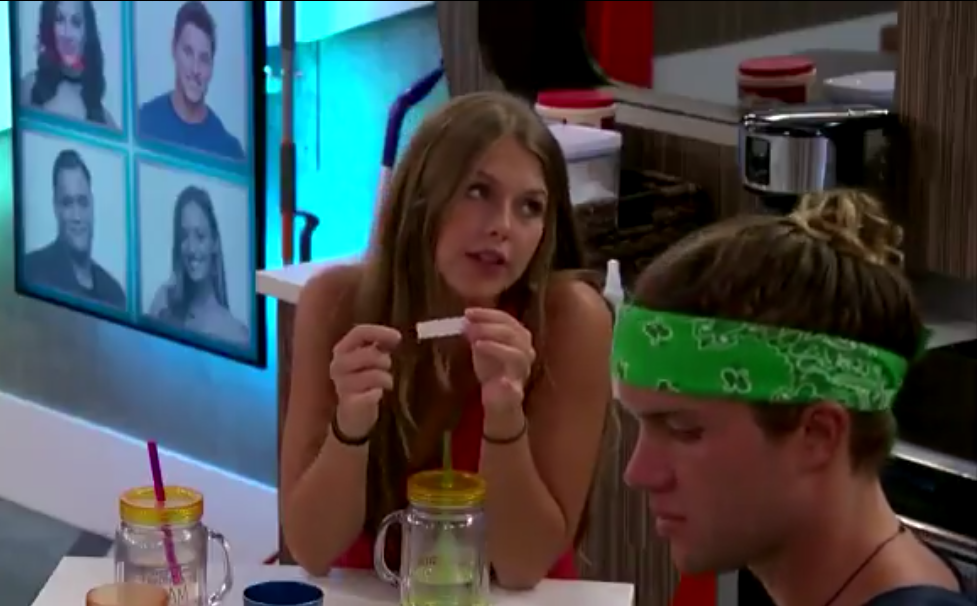 Good morning. I wasn’t sure how to start my day and I always feel that way on September 11th.  I was going to write something about it but realized, there’s really nothing for me to say.  Everyone will think about it and pay tribute in their own way today. I’m going to do what I’m here to do and because I’m here to talk about Big Brother, I thought what JC did on the pin wall last night was appropriate to include in my recap. It was touching to see, even in a place where people are wrapped up in their own tiny world for now, they’re remembering too. 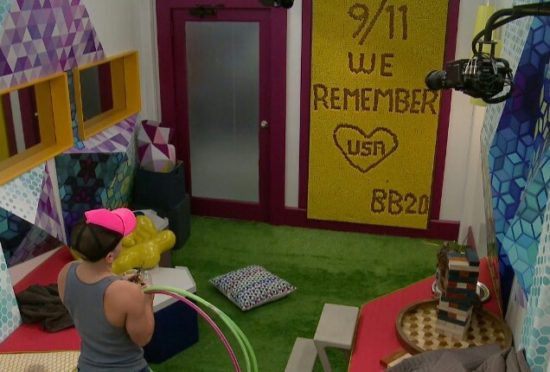 After some slow days in the house, the game talk is starting to pick back up. Plans for an expected double eviction are being discussed and everyone’s beginning to think about the end. Here are the highlights of what happened yesterday:

If Sam leaves in the double after Haleigh, I won’t care who wins at that point. If Haleigh had been successful this week, I’d have been ok with her too. Turning things around could’ve made up for all the mistakes she’s made. Right now, she’s blaming things on Swaggy dividing the sides early in the game. Eventually, she may realize how many bad decisions she made on her own. As Brett’s mentioned, she also talks way too much. She’s never kept secrets and I can’t remember how many things she’s told that’s hurt her game.

People are starting to campaign hard for Haleigh for America’s Favorite Houseguest. It wouldn’t be my choice but I wouldn’t be crushed if she got it. It’s called favorite houseguest, not player. (I’m guilty of saying player sometimes) I like Haleigh so much more as a person than I do as a player so I could see where she could be many people’s favorite person. Many Foutte/Hive fans see her as the last one to survive from her alliance so as far as game, they think that says something. I only think it says L6 didn’t see her as much of a threat but Foutte fans gonna Foutte so we need to let them be…(or is it bee?)

Sam’s done nothing to impress me. She didn’t even know what the game was and it’s made for a weird situation. She’s been a unique person to see this summer and I’ve enjoyed that part but for me, she’s irrelevant in the game. I think she’s a cool chick in life tho.

I’d actually be fine with JC winning. It’s because he really did play hard. He manipulated people and got them to do his bidding. (just not as much as he thinks) The only way he gets to the end is if he works to get himself there. I don’t see it happening but if he he could do it after putting himself at this huge disadvantage, I’d be impressed and that’s why I wouldn’t have a problem with it.

I’d be very happy with any of Level 6 winning because all of them can make an argument for how they got to the end. All of them have contributed in different ways and had an amazing alliance. I can’t remember the last time I felt like 4 people would make me equally happy to get the win.