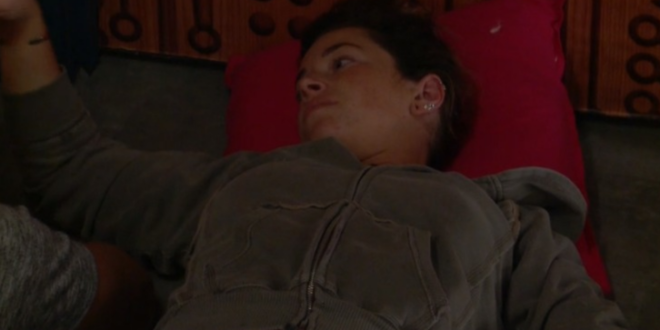 Thursday in the Big Brother house is usually pretty set. Everyone knows who they’re voting by now and people spend the day getting ready to be on live TV in front of millions. The feeds turn off a lot so production can also prepare and the day becomes a waste.

Not Big Brother 20, apparently. This season has had the most flips and turns out of any season to this point so far (in my memory) and every Thursday the vote has come down to the wire. It’s no different this week in what was supposed to be a ‘throw away’ week after Sam’s power expired and was automatically given to whoever is evicted tonight.  The house is currently trying to decide between two people who both have solid arguments to stay in the house. One is a massive target who can be a shield to advance people further in the game (Kaitlyn), while the other is very weak and has no chance to win a comp that isn’t pure luck (Rockstar). There is no easy answer here, and that is evident by how many times people in the house have gone back and forth with their votes.

Sam’s major concern is not wanting it to be a tie which forces her to break it. That is definitely understandable for any HoH who really just wanted an easy week. Brett’s concern is that Rockstar hates him but Kaitlyn gives him a huge target to go over. Angela also knows that Rockstar would go after her, but likely after all the guys have been eliminated from the house (or so RS says). Tyler knows that Kaitlyn is bad for his game, but he also knows that he can still control her vote rather than the wildcard Rockstar. JC thinks that Kaitlyn has control over Tyler and Fessy so he wants her out.  Everyone else just wants someone else to make a final decision so they can vote together.

I’ll keep track of the house to see if they make a final decision before the feeds eventually cut until the live show, so following along!